The Most Important Tech Leaders That Are CEOs Of Two Companies 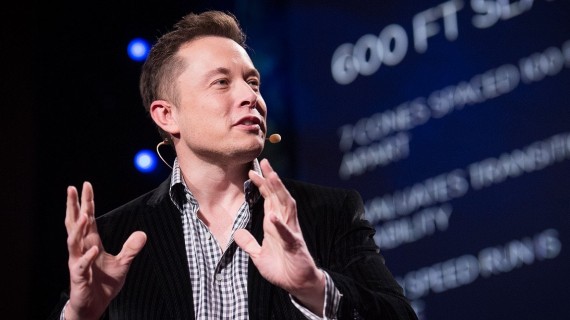 It is noteworthy that there are honchos of giant tech companies that manage to fulfill their roles and dreams being CEOs of two firms. (Photo : TED/YouTube)

Being a CEO of a major tech company is definitely one of the roughest and stressful jobs in the world, given the fact that you have to be aware of every detail of the firm's products and services in order to make it efficient and competitive. Indeed, the tasks are challenging and demanding.

Although now it wouldn´t be that great considering the incredible problems that this company is facing, everyone knows Jack Dorsey for being Twitter´s CEO and its most prominent and popular member, to the point in which the previous CEO Dick Costollo, said in an interview that when he told to a stranger that he was Twitter´s boss, that person asked him if he was Dorsey.

As you can imagine, he´s probably one of the busiest guys in the planet, given the fact that being CEO of a major tech company usually absorbs an incredible amount of time. Nevertheless, what seems incredible about Jack Dorsey is that he´s also Square´s CEO, a company that he helped to found when he was fired from the blue bird social media. Also, he´s part of Disney´s board of directors, so now you know that if you ever feel like you don´t have much time to your personal endeavors, there´s always someone with a worse situation.

This is definitely the most incredible case of all, considering that in addition to be something that requires him to be extremely busy, the two companies that Elon Musk runs as CEO are characterized for being probably the most ambitious projects in the tech world right now. On the first hand, you have a company that wants to change the way people got around on earth, while on the other hand you have a company that wants to break our Earthly bonds and go to Mars.

We´re talking about Tesla and Space X, two major companies that definitely seems like something that came out of a movie, considering that its innovations are so incredible that would definitely set a turning point in human history. In any case, if you think that running both companies as CEO is almost impossible, let´s add to this equation than Elon Musk is also a member of Donald Trump´s advisory team.

Although he´s not alive anymore, the legendary Steve Jobs was also one of the most important tech leaders that runs as CEO of two important companies, and was actually characterized for being the best exemplification of those rare cases in which you´re making more than one major endeavor at the same time, and manage to be really successful in all of them.

Even if everyone reminds him for being the mind and soul of the Apple, Steve Jobs was also the CEO of Pixar, a company that he founded in the mid-80s when he was surprisingly fired from the Cupertino giant. Despite the fact that many recommended him to focus only in this one, Steve Jobs kept running as Pixar´s CEO when he got back to Apple, and even when he dedicated most of his efforts to this company, his parallel work at the other one was also successful and quite interesting.

Although Twitter is facing the most difficult moment in its history, Jack Dorsey bought $7 million of its stocks in order to show an optimistic picture to investors and increase his power as CEO.

Despite the fake news controversy that risked the integrity of Facebook, the giant social media company is more than determined to better its efforts in creating a harmonious community.

With this particular move, Jack Dorsey not only increase its power in Twitter, but also send an optimistic message to investors, just after Wall Street analysts lost their faith in the platform.