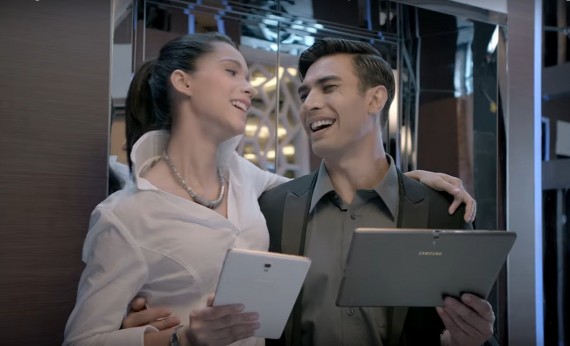 A leaked manual of the upcoming Galaxy Tab S3 has been spotted and revealed some details reminiscent of the ill-fated Note 7. (Photo : Samsung Indonesia/YouTube)

Samsung's Galaxy Note 7 was supposed to be the big thing in mobile productivity - heck, it was even dubbed as the world's finest phone for 2016, but was stripped from its title after its heating and exploding issues began to surface. However, there is good news for Galaxy Note 7 fans, because that short-lived legacy of the said smartphone will be reincarnated to the Galaxy Tab S3 - well, something like that.

According to Slash Gear, a leaked manual was spotted where the Galaxy Tab S3 was depicted to be an overgrown Galaxy Note 7. However, just like any other user manual, the document is a bit drab. Nevertheless, the leaked manual can be a treasure trove, because it showed a great amount of details of what to expect on the upcoming Galaxy Tab S3.

What Are The Similarities?

What Are The Other Things That The Leaked Manual Revealed?

First of all, let me list down the features on the first picture. It depicts a light sensor, front camera, power key, volume key, two microphones on the right side, SIM/Memory card tray on the right, back key, home button with a fingerprint recognition sensor, "recents" key and a touchscreen. Below, the design, the Galaxy Tab S3 sports two speakers, an audio jack and an USB Type-C port. Meanwhile, on the next picture, it features a GPS antenna, main antenna, rear camera, flash unit, keyboard dock port and the already mentioned two speakers on top.

Now, you must be wondering that if the Galaxy Tab S3 is to have an S Pen, why was there no mention of its silo? As reported, the Galaxy Tab S3 won't actually be making a home for it, unlike the Galaxy Note 7 that has a silo for its S Pen located at the bottom right. However, the leaked manual also showed a user guide manual for the S Pen, thus proving it will have a S Pen.

Features Of The S Pen

The S Pen itself on the Galaxy Tab 3 has a "screen off memo" feature where users can quickly create memos by writing on the screen without turning it on. To activate this, users will first have to open the Apps screen, tap Setting, then Advanced Features, then S Pen and then finally tap Screen Off Memo. After doing so, users can now write a memo at the screen and tap "Save," which will automatically be saved in Samsung Notes. In regards as to how to view the saved memos, users will have to open again Apps screen, tap Samsung Notes, then Collection and then Screen Off Memo.

About The Keyboard Dock

A company named Urban Armor Gear has listed new cases for the Galaxy S8. Did it just reveal the final design of the Galaxy S8?