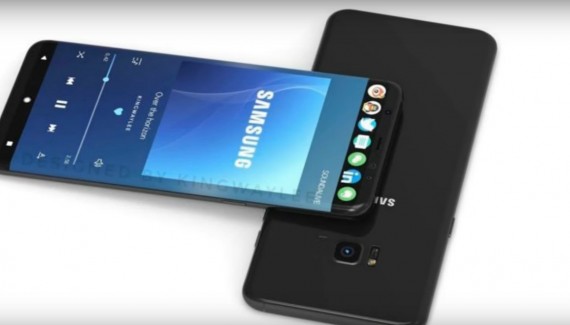 Samsung is hoarding the new Snapdragon 835 chipset for the Galaxy S8, but does this ensure the success of the premium smartphone? (Photo : TanVir-ET/YouTube)

As you may have heard, Samsung is calling dibs on the Snapdragon 835 chipset for the Galaxy S8, while the other smartphone company may have to wait a little longer and delay the launch date of their smartphone or possibly settle for the older versions like the Snapdragon 820 or 821 chipset. With this being said, does hoarding the SD 835 ensure the Galaxy S8 the victory, making it the best phone or the world's finest phone of 2017?

In paper or in theory, a processor can be the all-star when it comes to packing powerful specs and features. However in real life, it can also be a dud, such was the case when Qualcomm had ran into some heating problems with its SD 810 chip. During that time, Samsung went instead with its own Exynos chip for the Galaxy S6, which yielded some pretty awesome benchmarking speeds.

There is also the case with the Galaxy S7, specifically the US version packed with the SD 820 chip. According to some reports, the worldwide version that is packed with the Exynos 8890 performed better. It was not really clear as to why it did, but some suggest that it could be something that had to do with its optimization.

A smartphone is not that big and phone manufacturers have to fit all of those cool specs and features into the limited space available. We have seen what happened on other smartphones brands when they tried to incorporate as many features as possible and they turned out to be - I think the perfect word would be complicated and bizarre at times. Sometimes it even ends up causing problems due to the complexity and the many features that the phone is harboring.

As for Snapdragon 835, the new chipset ushers in a lot of neat feature such as increased battery life, Quickcharge 4.0 (20 percent faster that 3.0), support for 4K Ultra HD videos, 802.11ad for gigabit LTW connectivity, better VR experience, Bluetooth 5.0, 3D Audio. It will also be smaller in size, making room to a larger battery or a slimmer phone, support for facial recognition and a lot more. However, as tempting as it looks, some of these features may not see the light of day.

With most high-end smartphones these days, the difference in performance is hard to distinguish. Mostly, the one you will notice is the phone runs slightly faster or another one takes slight better low light photos. However, that's not something readily quantifiable in real-life usage.

While Samsung's move to have the Snapdragon 835 an exclusive (at least for now) feature of the Galaxy S8 is rather a wise business decision, the result may not be something the company expected. The would-be marketing line "first to have the SD 835" is not something that an ordinary consumer would understand, let alone the first feature they would put in consideration.

In the end, it all boils down to pretty much with a person's preference and budget. Yes, the budget, because not all can afford these premium-price smartphones or thinks that it is necessary to buy one when every month or two a new smartphone emerges.

New Samsung Smartphone 'SM-G615F' Appears On GFXBench, Is This The Galaxy On7 Pro Successor?

A new mid-range Samsung smartphone labeled as model number SM-G615F surfaced in the GFXBench database and is said to be the successor for the Samsung Galaxy On7 Pro.