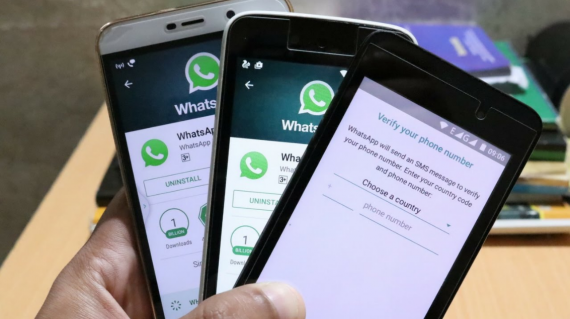 Instead of posting a status message in a text format to your profile, the new WhatsApp feature lets users share photos and videos in a collage format for up to 24 hours before they disappear. (Photo : Akash Dharua/YouTube)

In 2013, Facebook offered Snapchat a total of $3 billion to buy the whole messaging app. Despite this big offer, Evan Spiegel, Snapchat’s founder, turned down the offer. Since then, Facebook and some of its owned apps have been trying to copy the features of the popular photo-sharing and pioneering Snapchat. Facebook-owned applications include WhatsApp, Instagram and FB Messenger.

New Feature Of WhatsApp Is Similar To Snapchat And Instagram

The latest report from The New York Tmes, claims that WhatsApp unveiled a new feature that takes a significant number of hints from Snapchat. Just like in Snapchat’s Stories feature, the new feature of WhatsApp’s Status now lets users share images, GIFs as well as videos as a status update. The mobile messaging application with 1.2 billion registered users allow this status to last for 24 hours.

Following this feature is a string of actions by Facebook to compete with Snapchat. In August, Instagram introduced a new feature called My Story that was a near exact copy of what Snapchat has. In December, FB Messenger revamped its look and appear to emphasize sending photos that will last 24 hours, just like Snapchat. Snap, as Snapchat’s parent company, has placed itself as a camera company, Facebook has proved that they can also make the camera as the first thing people see when opening the app.

Even though that imitation is obviously seen in this feature, WhatsApp executives are still not admitting it. “We build things because we really hope people will need to use them even more,” said Randall Sarafa, the product manager at WhatsApp. In avoiding any direct mention of Snapchat together with other application, Sarafa said that they don’t really think other reasons for building things. “This is a format that is being broadly adopted, and we’re adopting it as well."

According to Recode, both Instagram and Snapchat are making money by placing ads alongside to every user's stories. Sarafa emphasized that WhatsApp isn’t interested in presenting any kind of ads to its users. He mentioned in an interview that their team is not considering to append ads to WhatsApp, and they "don’t have plans to do that." The new WhatsApp status feature is rolling out to the mobile app users in the Netherlands and France beginning Monday. To the U.K., Spain, Italy, Israel as well as Saudi Arabia people, this feature will be seen later in the week.

Still, many of the WhatsApp executives acknowledge that some of their feature updates are not entirely original and they are giving credit to Snapchat for creating a new kind of “format.” In a separate interview in August, Kevin Systrom, Instagram's founder and chief executive, did not mention anything about Snapchat but acknowledged that other companies merit all the credit because of popularizing disappearing photos and videos within a limited time.

The Status feature update of WhatsApp was originally jus a text-based message, which is similar to the AOL’s Instant Messenger product in the 1990s. This feature made it easy to let users know if you were just around to the text or if you were too busy. The updated feature also replaces that text with richer multimedia such as photos, videos as well as GIFs, which lasts for 24 hours before disappearing. WhatsApp users can as well send their status updates as a message to someone or even multiple friends at once, way more like the Snapchat’s messaging system and Instagram's My Story.

Things slowly went on a downward trend, as PlayStation 4 dev kits became more affordable with its $2,500 price tag. While Nintendo never officially released numbers, it was rumored that Wii U dev kits also ran for around $2,500.

5 Common Samsung Galaxy Nougat Problems & How to Fix Them

The Samsung Galaxy Android 7.0 Nougat update is causing problems for the users of Galaxy S7 and Galaxy S7 Edge and today we want to provide some simple remedies to end these difficulties.

Microsoft Calls For A Digital Geneva Convention To Figth Cyberattacks

Brad Smith's idea for a Digital Geneva Convention is for Trump to “sit across the table” with Putin, the president of Russia, to address the challenges of protecting the digital rights of citizens.

Now, you can use Scan not only to identify dog species and plant breeds, but you can also use Scan to solve math problems and obtain nutrition information for packaged food.