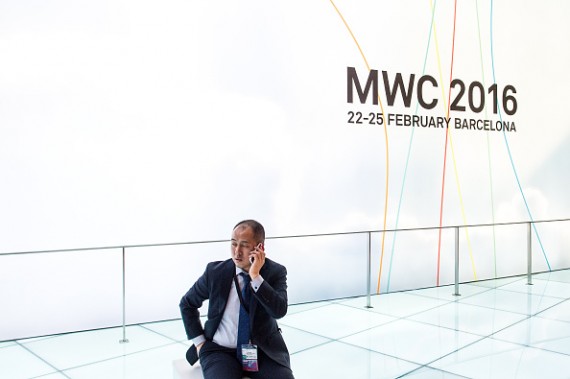 BARCELONA, SPAIN - FEBRUARY 23: A visitor speaks on his mobile phone on day 2 of the Mobile World Congress on February 23, 2016 in Barcelona, Spain. The annual Mobile World Congress hosts some of the world's largest communications companies, with many unveiling their latest phones and wearables gadgets. (Photo : David Ramos/Getty Images)

Mobile World Congress 2017 is just a few days away and the industry is in high anticipation to see what the leading mobile companies will show at the event. Some of the players, such as Sony, Nokia, Motorola and ZTE are scheduled to make appearances. More importantly, these companies are expected to make some very important reminders.

Android Headlines has reported that Sony is likely to make a few important announcements, although nothing has been made official by the company as of yet. Nevertheless, a new series of Xperia devices are estimated to be part of the roster. However, there is the issue with Samsung's exclusivity deal with the Qualcomm Snapdragon 835 CPU.

The deal means that no other company can release a flagship with the Snapdragon 835 CPU ahead of Samsung. Since the next Xperia device is expected to be fitted with the same, it might not actually be released or launched at MWC 2017. The publication suggested that it is possible for the company to unveil the same to a select number of press members behind closed doors instead. It is possible to hear about the unit, although it is still some time away from its official launch.

Nokia and HDM Global, on the other hand, probably have the biggest hype surrounding their partnered releases. The MWC 2017 will mark Nokia's official return to the smartphone industry and the Nokia 3 and the Nokia 5 are expected to make an appearance. The Nokia 6 might also be part of the event, although it is already available in China. It is possible that the company will use the platform to announce a global release instead.

Mirror UK has reported that Nokia and HDM Global are also expected to official announce the release of the Nokia 3310, a classic handheld from earlier years. The 3310 is known for its strong casing and extremely long battery life and it will be interesting to see how the companies will present the unit a second time around. An entire generation already has high hopes for this announcement.

Motorola, on the other hand, is expected to release its next generation of handhelds, the Moto G5 and the Moto G5 Plus. Both flagships are expected to come with updated features such as a larger front mounted fingerprint sensor. Furthermore, the units are expected to have varying screen sizes, unlike last year's release. It is likely that the models will also offer different RAM speeds.

ZTE is arguably a lesser known player in the market, but this does not mean that it can be overlooked. The company is actually slated to have some big announcements to make and boast about. However, rumors suggest that instead of a smartphone reveal, the big release might actually be for its Android Wear smartwatch, the Quartz. The wearable is expected to come with a sporty aesthetic, although a metal watch case will also be available. But a smartphone dubbed the Gigabit Phone, which is capable of 1Gbps download speeds, is expected to also be attendance.

The MWC 2017 will begin on February 27 and will continue to run until March 2. The event will be held in Barcelona and will also be attended by the likes of Samsung, Lenovo and Huawei. One of the industry's biggest players, Apple, will not be participating.

It is no secret that Android and iOS have ruled the smartphone generation, following the popularity of Windows in the earlier generation. And while this might have put companies under, Microsoft is taking advantage.

HTC U Ultra, U Play Prices Revealed, Soon To Launch In Asia & Europe

HTC unveiled its new U Ultra and U Play smartphones about a month ago, but was not able to commit to the prices and markets. Fortunately, questions have been answered before the handhelds’ release in March.