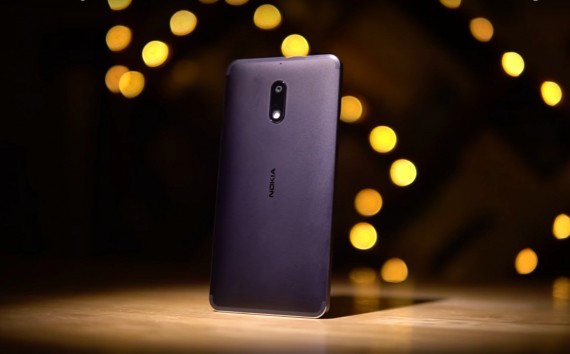 The Nokia 8 is reportedly to cost only around CNY 3,188 ($463) even though it is also rumored to be packing some seriously amazing specs and features. (Photo : C4ETech/YouTube)

With less than a week left in the event slotted by HMD Global, a Nokia 8 was spotted and said to be coming. However, despite that fact that it is hard to confirm the authenticity whether there will definitely be a Nokia 8 at the upcoming Mobile World Congress event, there are already a handful leaks and rumors of its possible specs, features and even the expected retail price of the said device. And based on the reported specs and features that the Nokia 8 or Nokia P1 will be carrying, it could possibly be one of the most budget-friendly flagship phones of this year.

The Price And Display

Apparently, the Nokia 8 is reported to carry a price tag of CNY 3,188, which roughly translates to around $463. The device itself is rumored to feature a 5.7-inch Quad HD super AMOLED display that is nearly bezel-less.

The Nokia 8 is said to run on Android 7.0 Nougat and packed with a Snapdragon 835 chipset, which is highly doubtful, given that Samsung has first dibs on the first batch of the Snapdragon 835 chips. Also, not to mention the fact on how HMD Global decided on what platform the Nokia 6 was built upon - but nevertheless it was still quite an amazing device to have.

The Internal Memory And Camera

The Nokia 8 offers two internal memory storages: a 64 GB variant and a 128 GB variant. Both variants are said to come with an expandable memory option of up to 256 GB via microSD card. As for its camera specs, rumors suggest that the Nokia 8 could likely feature a 24 MP rear camera with OIS (optical image stabilization) and a 12 MP front camera.

So How Farfetched Is The Idea The Nokia 8 Could Possibly The Best Budget-Friendly High-End Smartphone Of 2017?

Based on the rumored specs, features and its expected retail price of $463, that is quite the steal already. Considering how well the Nokia 6 performed even with though it was packed with a rather midrange processor, Snapdragon 430 chipset, it was still capable of delivering an amazing job. Aside from that, its software and camera performance were also decent (except for the camera performance in low light conditions). There is also the fact that this year is the Nokia brand's big comeback, and it seems that so far, HMD Global is doing rather well. Heck, they even decided to release a modern version of the Nokia 3310.

Comparing It To The Upcoming High End Smartphones

When it comes to high-end smartphones, the iPhone, Galaxy and Pixel are on the top of the food chain. Comparing the Nokia 8's expected retail price to the iPhone 8, Galaxy S8 and Google Pixel 2, one can't help but see the big difference.

For starters, the iPhone 8 is expected to cost around $1000. The Galaxy S8 is reported to cost $100 more than the previous flagship, which translates roughly to $900. Lastly for the Google Pixel 2, it is expected to "at least" be $50 more than the previous flagship. Also, considering that the Google Pixel 2 is still months away to be announced, let alone be released, that expected price could go even higher.

The Nokia 3, Nokia 5 and Nokia 3310 (2017) are handsets that are set to be announced at the upcoming Mobile World Congress event in Barcelona.

Nokia P1 vs OnePlus 5: Which Upcoming Flagship Smartphone Has The Best Rumored Specs?

The Nokia P1 and OnePlus 5 are two upcoming smartphones for 2017. The Nokia P1 is said to showcase the tech prowess of Nokia, showing tech fans why Nokia used to be crowned as the king of phones, while the OnePlus 5 is dubbed as the iPhone 7 killer.