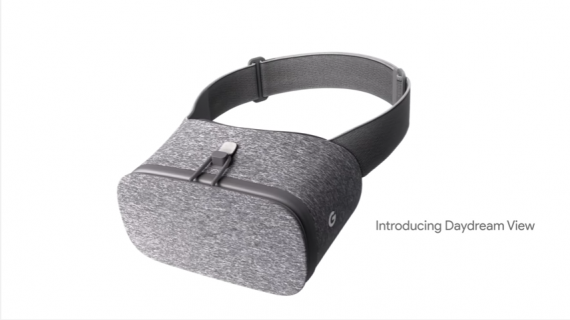 The technology used in virtual reality has come a long way despite its few years in the market. Nevertheless, there is still a long way to go and Google is helping lead the way. (Photo : Google/YouTube)

Virtual reality may still be considered an infant in the tech world, but it has already gone leaps and bounds from when it first became available to the general public. Nevertheless, there is still a long way to go and Google is aware of this. As such, the company is already putting plans in place to further the technology.

As reported by Digital Trends, one of the limitations of virtual reality is that there is a hindrance to player and player interaction. Within the VR word, one player's genuine reactions to their virtual surroundings are not copied by their avatars. Likewise, VR headsets tend to obstruct the face of the wearer as well, thereby putting a limit on the social aspect of the technology.

And this is what Google is trying to remedy with its new project, which will be worked on alongside Daydream Labs. The two companies will work with 3D computer vision, advanced rendering methods and machine learning. The result will theoretically be a more realistic solution that can convey a player's identify and face.

The idea is to modify existing VR headsets by including SensoMotoric Instruments, which include a video camera and eye-tracking components. These will then show the facial changes made by the wearer, like when they are blinking or looking at certain directions. The corresponding information would then be overlaid inside the mixed reality environment using green screen technology. The modified user representation is then worked into VR.

Android Headlines has noted, however, that the technology itself is far from perfect. Without a proper eye-tracking headset, for example, a player's direction of sight will not be obvious. Furthermore, these facial expressions are not provided in real time and the set up itself is rather complicated. As such, there has been no announcement about when these developments will be made available to the public.

At this point, the publication claimed that the result is actually slightly fairy like. Changes will need to be made to hardware and software to truly set the idea rolling. Google's mere idea is commendable, however, and has the potential to take off given the right set of parameters.

Arguably, the development does not help in making VR more realistic for anyone; there are no changes made to the hardware. What it does, however, is allow users to have better interactions with other players in the VR realm by including displaying facial reactions. Beyond gaming, it will also help in other aspects of VR, such as video conferencing and social VR applications.

Virtual Reality started to make ground on the public last year when it was introduced and made available by HTC and Oculus. However, the HTC Vive and the Oculus Rift required powerful computers to work and were likewise limited in terms of movement. Since then, several other companies have joined the trend and put their own spin on things, such as Samsung, who opted to play around with mobile VR instead. Google chose the same path and released the Google Daydream VR headset in the latter part of 2016.

The HTC Tracker makes almost any type of object compatible with the HTC Vive. The VR accessory list is thereby almost endless and can be customized to the needs of the users and the games.

IMAX VR arcade opened for the first time in Los Angeles. Find out if this type of entertainment is for you.