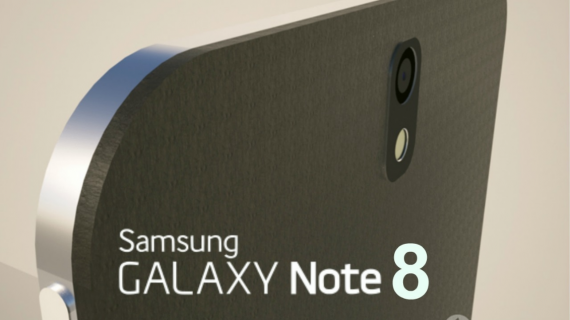 Samsung Galaxy Note 8, which is said to have a fingerprint scanner, revealed that the new phablet will still be launched later this year but with a different name and it will highlight the S Pen feature. (Photo : SmartPhone 360/YouTube)

The fiasco on the Samsung Galaxy Note 7 places a very big pressure on the upcoming Galaxy Note 8 to earn back the trust of the customer on the Samsung brand. According to a new report, the Galaxy Note 8 may have a different name on its release. However, the Korean tech company has released just few information about this because they have been too occupied with their Galaxy S8 and Galaxy S8 Plus.

Galaxy Note 8 Will Have A Different Name On Its Release

According to WCCFTech, the Chinese microblogging website Weibo claimed that the Galaxy Note 8 might feature a completely different name on its release. Its name will not be similar to the usual name of Samsung smartphones instead, it will focus on its S Pen feature. Even if Samsung Mobile chief has encouraged all the fans that a Galaxy Note 8 is going to be unveiled later this year, there is very limited information regarding it.

Since the Galaxy Note 8 will no doubt be accompanied with its unique S Pen accessory, it looks like the Korean tech firm might name the flagship according to qualities and functionality. The rumor is extremely questionable as of now since this is their first time Samsung will use the S Pen feature on their phablet. According to a previous report, a codename "Baikal" is spotted for a specific Samsung smartphone. No one is so sure about what that name means, but fans, as well as me, will absolutely wait for more leaks to come through.

As reported by Samsung’s social media, the company is testing the new Exynos chipset. It is such a great hint that an even more powerful version of the Exynos 9 range will find itself in the upcoming Galaxy Note 8. Since both the Galaxy S8 and Note 8 will be almost similar when it comes to hardware, Samsung will surely need to come up with something to present a fair amount of differences between the two smartphones.

There would be two Galaxy Note 8 models that will be launched. Both smartphones will feature dual-edged curved displays which are similar to the Samsung Galaxy S7 Edge. The codenames of the two upcoming phablets would be Dream, for the smaller size, and Dream 2 for the bigger one. The screens of the phablet could curve down the right and left sides of the handset.

Aside from that, the two phablets would have a bezel-less design, meaning, there will be no space to even place the Samsung logo or even other brands on the front part of the gadget. Samsung promised to do a very elegant Note phablet and will highlight never before seen features which include the fingerprint scanner to the back of the Galaxy Note 8.

According to TechRadar, the battery of the upcoming Samsung Galaxy Note 8 is likely to be big and will support fast charging feature. The battery pack in the Note 7 is 3500mAh and fans can expect at least that much from Samsung as they release the phablet. As of now, Samsung revealed its findings regarding the Galaxy Note 7 battery fire investigation and already confirmed its plans to ensure future phones won't suffer from the same problem.

The Samsung Galaxy J7 V is expected to feature a 5.5 inch Super AMOLED display with 720p resolution, a Snapdragon 625 processor with 2GB RAM, an 8 megapixel rear and a 5-megapixel front camera.