How Overwatch Rescued Blizzard From The Mess That Is Project Titan 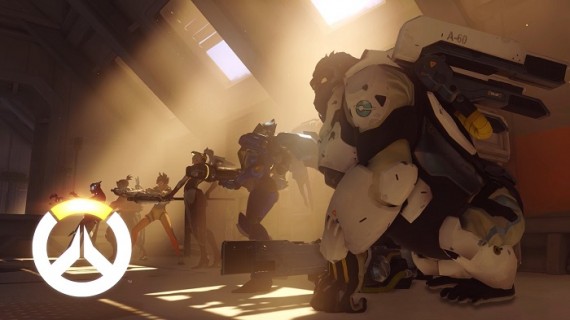 Overwatch was a result of 6 weeks brainstorm from Blizzard, following the frustration they got from cancelling Project Titan. (Photo : PlayOverwatch/YouTube)

For anyone who has been a fan of Overwatch, they somehow have an idea about the game's existence. As to why it was made (of course, not just purely because of sales). Or perhaps, why Blizzard chose such direction. In reality, the studio went on a series of a rollercoaster ride before the said title became a reality. And for anyone who has been a follower, they know it's no other than Project Titan.

According to Ars Technica, the Overwatch developer can still remember what May 2013 means. Or what sort of storm this very month of that year brought to the company as a whole. The studio spent tons of years developing Project Titan, a massive MMO title deemed to be a follow-up for the World of Warcraft. With the success the latter acquired, it's only right for the studio to aim high.

Unfortunately for the devs, it went on a steady plummet. Much to the surprise of eager fans, the studio, out of the blue, announced the cancellation of the aforementioned title. At first, the video game company tried to keep things under wrap. Unfortunately, after a year or so, the studio had to make the hardest decision - to reveal to the general public the reason behind the cancellation.

Fast forward to a few months, Blizzard had to ensure the jobs of the employees involved in Project Titan. Of course, they don't want to make the hasten decision of removing them from their turf. After all, they've contributed so much to the game. This is when the team was divided, with each of them being moved to various projects of the studio.

Kaplan admitted that in order to assure the existence of another project, they decided to spend six weeks just on brainstorming. This is when they finally locked their eyes and hearts on the newest title of the studio of today -- Overwatch, that is. The characters, as obvious as they can be, are so different from each other. The class designs and whatnots are quite unique. Why? That's because they are all a product of inspiration from various projects. Take for example the Legendary Skins they plan for McCree, as reported by PVPLive.

Overwatch, in its simplest form, is the company's last ace. Sure, they would have still succeeded as World of Warcraft was reaching greater heights. But to forget the resources, blood, and sweat they spent on Project Titan? It wasn't really easy. They have to find a new avenue; a new project that'll help them recover from that mess.

In its most organic form, Overwatch can easily be flagged as game heavily inspired by pioneers like Team Fortress. However, the one thing that keeps it different from its competitors is its roster of characters. Each of them, despite looking strong, has their own weakness in the form of another character. Balance has always been the key of OW. And this, until now, has been the anthem of Blizzard for the game. Let alone the fact that they have an exciting way of introducing new characters. Take for example Sombra, who was revealed via various ARGs and whatnots.

Here's An Interesting Theory About The Next Overwatch Hero

Want to know who could actually be the next Overwatch hero (not Doomfist, sorry)? Well, check out this theory now!

Believe it or not, McCree is finally getting a Legendary skin in Overwatch. Check it out!

Overwatch Update: Here's How Cheating Is Being Handled In Korea

Sorry, Korean Overwatch cheaters. Blizzard has finally found a way to stop you.