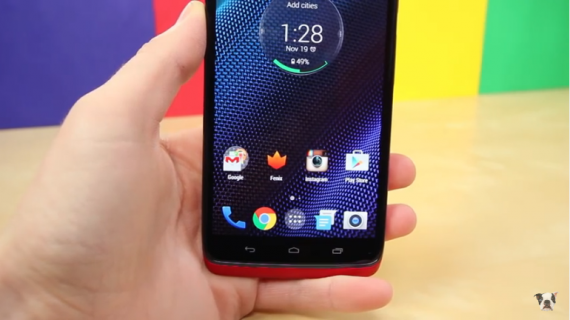 Google is not ready to give up on its standard messaging application and is gearing up to compete against Apple’s iMessaging feature. And in doing so, the company hopes to restart the use of text messaging. (Photo : PhoneDog/YouTube)

At this day and age, standard text messaging is no longer enough as users have opted for third party messaging applications that offer more features. To compensate, Apple updated iOS to include similar changes to iMessage. But Google is not willing to fall behind as it upgrades its own Android Messages.

As The Verge reported, the proper term for the service is now Android Messages and not Messenger. This is what the new default app of Google will be called. As Amir Sarhangi, Head of Rich Communications Services at Google told the publication, the rename was made because the application is becoming more like Android itself. That is an industry effort headed by the search engine giant and is supported by other stakeholders or carriers.

This also means that the application fully supports RCS. Android Messages are downloadable from the Play Store. This, in turn, means that Google will be able to quickly roll out updates directly related to the application, as opposed to having to wait around an entire OS roll out.

Android manufacturers that have pledged to use the new app instead of a custom one include both larger players and less used parties. The list consists of LG, Sony, Motorola, ZTE, HTC, and Nokia, as well as Pixel and Android One devices. However, the likes of Micromax, Archos, Cherry Mobile, BQ, Fly, Linux, General Mobile, LeEco, Kyocera, Lava, MyPhone, Symphony, QMobile and Wiko are also included. Furthermore, a number of wireless carriers have pledged their support, including Rogers, Sprint, Orange, Telenor, Vodafone, Globe and Deutsche Telekom.

It is quite obvious that Samsung and Apple are not part of the list of supporters, and neither are Verizon, AT&T, and T-Mobile. These have some reprimands to Android Messenger. Users of carriers and that do not support the RCS standard means that whatever is sent will automatically fall back on standard SMS or MMS features. However, Google is hoping that it will get more compatibility as it gains popularity. "It's a momentum story for us," Sarhangi described.

The Google exec was unable to confirm whether or not the company was working directly with these players to make it happen at this point. However, he did disclose that the tech giant would welcome working with Apple to make things happen. But if things do not work out, it will not negatively affect any user because it will just fall back on standard SMS principles.

Android Messages will really bring Google's messaging app to the next level and will, as C|Net has reported, bring it to the same level as iMessage, Facebook Messenger, and WhatsApp. As texting is one of the most widely used functions on a smartphone, the change is vital to keep Google in the game. The older 180-character ways were made for an era that has long since passed and it is great to see another big player joining in.

Sarhangi acknowledged that Android Messages still has a long way to go in making SMS for everyone a reality. And one of the biggest hurdles to overcome is getting the bigger players on board.

In the world of technology, there is always the threat of a breach in consumer's security. Google, one of the industry’s leading players, has made it a priority to ensure its customers’ rights are not being violated.

The Cupertino-based tech giant is not making the production of a smart speaker its priority, unlike some of its biggest competitions, namely Google and Amazon. Apple has another plan in place.

Ever wondered how to make a Lego stop motion movie? All of the Lego movies you have probably seen rely strongly on the good old stop motion technique!