2017 Chevrolet Impala: Is It Worth Spending Your Money On? 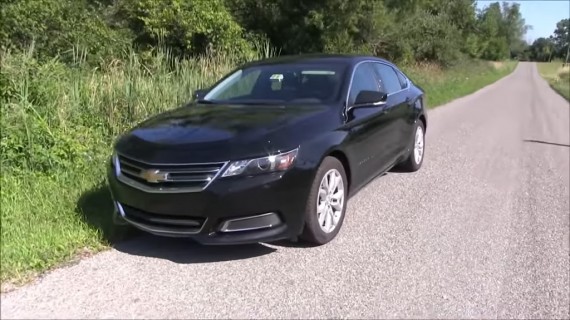 The 2017 Chevrolet Impala is one very capable car worthy of your time and money. (Photo : New car/YouTube)

2017 Chevrolet Impala: Under The Hood

The 2017 Chevrolet Impala is one very capable car. According to The Car Connection, you get two choices when it comes to its powertrain. The first is a 2.5-liter four-cylinder, which is standard in the 2017 Chevrolet Impala and it delivers 197 horsepower. The other engine is a 3.6-liter V6 engine that cranks out 305 horsepower. These powertrains are paired with a six-speed automatic transmission that transfers the power through a front wheel drive (FWD) drivetrain configuration. That being said, you have a capable car regardless of whether you choose the four-cylinder or the six-cylinder engine.

2017 Chevrolet Impala: On the Road

One of the best things about the 2017 Chevrolet Impala is how it handles the road. Aside from the fact that it offers a comfortable ride for you and your passengers, you would also have a nice driving experience as the 2017 Chevrolet Impala absorbs road bumps and handles them like its nothing. As for the steering, it is not comparable to the likes of sports cars but it can still handle itself very well when you find yourself in twisty roads and you can definitely tackle those corners with complete confidence.

The safety features is one aspect in which the 2017 Chevrolet Impala falls short on. In addition to the standard safety features, you can get additional safety packages but it's going to come at a price. According to U.S. News, you are going to have to move up to higher trims in order to get additional features like the rearview camera. Other features include lane departure warning, rear cross traffic alert, forward collision alert and blind spot monitoring. The rearview will cost you about $3,300 while the others will require you to shell out nearly $4,000 over the base trim.

The 2017 Mazda CX-5 simply has a bucket of reasons why you should buy one.

2017 Mazda CX-5: Diesel Engine Is Making Us All Impatient

The 2017 Mazda CX-5 is arriving soon but its Diesel engine is making us wait a little longer.

Chevrolet Silverado 1500 Z71 is the amenity-packed multitasking machine which is good in smooth ride.

The 2017 Chevrolet Colorado ZR2 is a mid-sized truck great for off-road driving thanks to its Formula 1-styled shock absorbers.