Motorola Partners With Amazon To Integrate Alexa AI On Its Smartphones 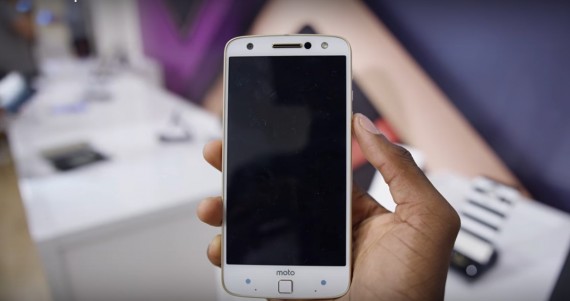 On Sunday, Feb. 26, at a press conference in Barcelona, Spain, ahead of the Mobile World Congress conference, Lenovo-owned Motorola announced that it will implement Amazon Alexa AI assistant on some of its smartphones. The first in line to get Alexa support is Motorola Z.

According to Tech Crunch, Motorola will implement later this year a deep integration of Alexa digital assistant on its smartphones. There won't be any screen to unlock or keys to press. When the device is around, users will simply talk to Alexa.

Amazon's Jon Kirk, director of Alexa voice services and Alexa skills joined Dery on stage to announce the partnership. He noted that Alexa has now more than 10,000 so-called "skills" built by third party developers and mentioned the growing numbers of third party partnerships. These partnerships are enabling the company to extend, via a set of voice APIs, the functionality of its voice-controlled virtual assistant.

Kirk also said that Amazon is excited about the collaboration with Motorola. The partnership aligns with the company's vision for the service. Building up the "momentum" behind the voice tech, Amazon wants to "offer more choice" for how Alexa can be used.

Motorola's partnership with Amazon is limited initially to the modular Moto Z phone launched last year. Moto Z allows its users to customize it by attaching hardware add-ons to the phone. Amazon is creating an Alexa mod for Moto Z that will integrate the virtual assistant. In the near future, Motorola will introduce Alexa to more of its smartphones, with the need to install any hardware add-ons.

Motorola is not the first company to announce its intention to pre-load Alexa onto its mobile devices. Huawei said back at CES that it would implement Alexa on a mid-range phone destined for the U.S. However, the partnership for handsets between Amazon and Motorola appears far more extensive.

The Market For Digital Assistants

According to Business Insider, there is a strong competition between Amazon and Google over voice-controlled AI assistants, the next major computing platform. The rival assistants from the two companies, Amazon's Alexa and Google Assistant, are both rushing to get implemented into as many devices as possible. Now Amazon marks a new success in this battle, by announcing a partnership with Motorola to bring Alexa on smartphone maker's devices.

Virtual assistants are voice controlled. Users can ask them to control their smart home, check their calendar or find information on a certain subject. This emergent technology is still in its early days, but Google and Amazon forecasted that, as the tech continues to develop, there's huge potential in AI assistants.

These voice-controlled digital assistants were kept initially exclusive to the companies' own devices. Google Assistant could only be found n the Google Pixel smartphone and in the Google Home, while Alexa was only on the Echo smart home hub. However, more recently, smart digital assistants are also implemented by third-party hardware manufacturers.

Apple's Smart Home strategy is under threat due to strong competition from Amazon's Echo.

Amazon is winning the digital assistant race with its Alexa AI app that is set to dominate at CES.