Purchase Nintendo Switch Without Pre-Order At Best Buy And Target 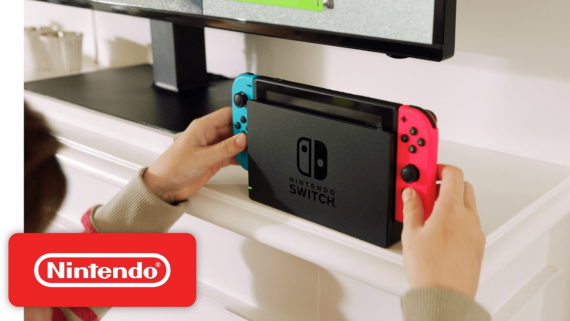 Nintendo UK boss Nicolas Wegnez believes that the company will avoid the situation of pre-order shortages, citing that there should be units to buy on day one from stores. (Photo : Nintendo/YouTube)

Do you want to have the most anticipated Nintendo Switch but missed out on pre-ordering the console? Well, seems it's not too late because you still have some options. According to previous reports, GameStop will only have limited supply of the Nintendo Switch for walk-in customers. However, Best Buy and Target have both revealed that they are planning on something on the console's launch day.

Best Buy is a U.S transnational electronics corporation with headquarters in Richfield, Minnesota. Internationally, the company also operates in Canada and Mexico. The firm is recognized globally and was formerly operational in China until February 2011 and in Europe until 2012. BestBuy was founded by Richard M. Schulze and Gary Smoliak back in 1966. Its first supplies are more on audio products and accessories. In 1983, the store was renamed and rebranded with emphasis placed on consumer gadgets and electronics.

According to WWG, the store will have Nintendo Switch supplies for all the walk-in customers. It will also be holding midnight openings at most locations. You can pick up the system, games, and accessories at any participating Best Buy stores on Friday, March 3, at exactly 12:01 a.m. local time. In addition to that, while supplies last, you can also get a free Zelda poster. BestBuy also wants customers to buy a 4K TV, even though the system can only support 1080 since it is also on sale the same day as the Nintendo Switch.

Behind Walmart, Target is the second largest discount store retailer in the United States. Its headquarters is in Minneapolis, Minnesota and was founded by George Dayton. The original name of the company is Goodfellow Dry Goods back in June 1902. Then, it was renamed as Dayton's Dry Goods Company in 1903 and later on, the store becomes Dayton Company in 1910. The first-ever Target store opened in Roseville, Minnesota back in 1962.

Just like Best Buy, Target also announced that they will have a special celebration on the launch day of the Nintendo Switch. The store will also have the hybrid home console supplies for those who forgot to pre-order. The doors of the store will open at exactly 8 am of the local time. The console will be available at $299.99 which includes the system, left and right Joy-Con, dock and more accessories that you need to get started.

You Can Still Pre-Order The Nintendo Switch

According Express, Nintendo UK boss Nicolas Wegnez assures that the Nintendo Switch pre-order situation is not going to be the same as that of the Nintendo Mini NES. Meaning, there will be no shortage of Switch's supplies. Wegnez believes that Nintendo will avoid the situation of pre-order deficiencies, citing that there should be system units to buy on March 3, the launch date of Switch.

If you really want to make sure that you will have the Nintendo Switch, you can still pre-order. Here is what you will do. First, sign up your valid email address to receive email alerts on your selected retailer's official site. It can be at Best Buy, Target, Amazon, Walmart or any online store that legitimately offers the hybrid console. With this, if ever there are new supplies of the Nintendo Switch, you will be the one to first to know and notified about the good news.

MariCar, a magical company in Tokyo that rents go-carts and Mario costumes for Mario Kart-inspired tours around the whole city, seems to be loved by Japanese as well as foreigner people.

Play The Nintendo Switch Before Launch In These 3 Places

Nintendo will host events for the fans to try the Switch even before its launch. One event will be an invite-only, but the subsequent two events will be open to the public.