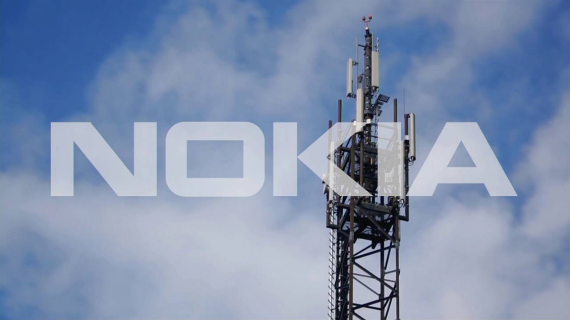 Nokia is officially back. At the 2017 Mobile World Congress on Sunday, Nokia announced a timeline that particularly emphasized on projects that have the potential to transform industries into a big market. This outline includes high-speed wireless, consumer smartphones, and professional-grade virtual reality (VR) equipment.

Nokia To Deploy '5G First' With Partners Verizon And Intel

Various smartphones, virtual reality as well as 5G technologies are said to be the focus of Nokia on their remarkable comeback. According to Digital Trends, Rajeev Suri, Nokia's president said that the company's biggest growth potential lies in the ability of the firm to “expand, build and create.” He also touted its strength in terms of licensing, highlighting its Ozo VR platform and close working relationship with HMD Global. “Nokia is a fundamentally different company than it was one year ago,” Suri said.

Nokia is kicking off the 5G world with the unveiling of "5G First," a commercial offering for network carriers thrilled to meet the demand for faster connectivity. To reach Nokia's goal, it would partner with the two well-known American multinational company Verizon and Intel. With its move to partner with the 2 tech giants, Nokia will be able to deploy 5G-enabled next-generation video as well as entertainment services. The 5G First is set to launch in Dallas later this year and will expand its horizon to other US businesses by the end of this year.

But Suri predicts that the investments in the 4G network will pick back up in key markets. “Even [with] 5G coming, the need for more capacity grows every day with no sign of slowing,” he said. Suri also revealed that the company has won a 3-year contract from Telefonica, a Spanish multinational broadband, and telecommunications provider, to boost the performance of its 4G system in London. The deal includes the 4.5G technology and will also showcase how big cities such as London can benefit from next level technology.

Why '5G First' Is The Next Project Of Nokia?

Nokia is one of the biggest and well-known mobile company worldwide. According to Marketing Week, having sold its mobile phone business to Microsoft back in 2013, Nokia is now focused on telecoms as well as wireless technology. Now, the rights to the Nokia brand mobile phones is already owned by HMD Global, which is re-releasing the refresh of 3310, alongside other Nokia devices, at 2017 MWC this week.

It was a tough year for Nokia when the sales decline in the last quarter of 2016. Suri claimed that this situation wasn’t the progress to focus on but instead what Nokia has done to put itself for the future. “What matters is what we did to position the company for the future – there I believe our progress was remarkable," he said. Suri is alluding to its cross-selling works and moves into connectivity, broadband, VR and developing its camera technology that resulted in a very excellent and intellectual property.

Aside from 5G First, Nokia also wants to expand its market into digital health. In fact, it acquired Withings, a manufacturer of smart scales, activity trackers, and health gadgets. Started in May last year, Nokia alongside with Withings build up a health technology business. Now, Suri said that the company made plans to rebrand all Withings device as Nokia brand, taking the name of the consumer tech market once again.

Purchase Nintendo Switch Without Pre-Order At Best Buy And Target

Nintendo UK boss Nicolas Wegnez believes that the company will avoid the situation of pre-order shortages, citing that there should be units to buy on day one from stores.