ZTE Blade V8 Pro Too Expensive For You? Choose The Blade V8 Mini And Lite Instead 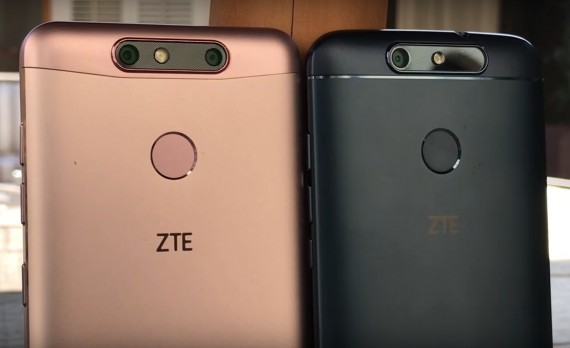 Spotted at the 2017 MWC event were the Blade V8 Mini and Blade V8 Lite. Both are midrange smartphones that run on Android 7.0 Nougat and cater to selfies and more. (Photo : CNET/YouTube)

The ZTE Blade V8 Pro that was both announced and released last month was good for a $230 phone. However, you just can't help but notice that though it is indeed a powerful phone (with a dual rear camera setup, SD 625 chip, 32 GB with 3 GB of RAM and all of its glory), it runs on Android 6.0 Marshmallow which was a bummer.

However, ZTE has introduced two new phones called the Blade V8 Mini and Lite that are reported to be cheaper (hopefully) based on their specs and features. But hey, before you dismiss it, you got to know that these babies run on Android 7.0 Nougat.

The Blade V8 Mini is due to launch in Europe and Asia sometime in spring this year. As for the Blade V8 Lite, it will be made available first to Italy, Germany and Spain, then to Asia and Europe later on.

For both phones, it will be announced at a later date and are expected to be affordable because of its midrange specs. Furthermore, its price tags will be region-specific.

Both are sporting a 5-inch screen. However, the Blade V8 Lite is reported to have Full HD while its counterpart, the Blade V8 Mini has HD.

Both smartphones run on Android 7.0 Nougat out of the box with ZTE's Mifavor 4.2 on top of it. The Blade V8 Mini packs in a 1.4 GHz Qualcomm Snapdragon 435 Octa-core processor and Adreno 505 GPU while the Blade V8 Lite is equipped with a Helio P10 MTK 6750 Octa-core chipset.

The Blade V8 Mini features 16 GB of internal memory storage with 2 GB of RAM and has an expandable memory option of up to 256 GB. On the other hand, the Blade V8 Lite also features 16 GB with 2 GB and with a microSD card slot support, although there was no mention as to what capacity it can support.

The Blade V8 Mini comes with a dual rear camera setup (13 MP and 2 MP for depth sensing) that are supposed to provide the shallow depth of field you can get with a DSLR or from the iPhone 7 Plus' "Portrait Mode." It also supports 3D shooting to generate 3D photos, "bokeh" feature support (seen at the Vivo V5 Plus), post capture focusing and auto HDR. As for its front camera, it features a 5 MP fixed-focus camera with LED flash.

Meanwhile, the Blade V8 Lite comes with an 8 MP camera with autofocus and LED flash support at the back. At the front, it features a 5 MP shooter.

Specs And Features Of The Blade V8 Pro

Here is the list of devices from Samsung, LG, Sony, Huawei and HMD Global presented on the first day of the 2017 Mobile World Congress Event.