This Belgian Pipeline Can Carry 1,500 Gallons of Beer an Hour! Can Robots Change The World?

Autonomous technology has the ability to change the way things are done just like how the Belgian brewery called De Halve Maan has created a beer pipeline under the streets that is capable of carrying 1,500 gallons of beer per hour at 12 mph to their bottling facility that is located two miles away! 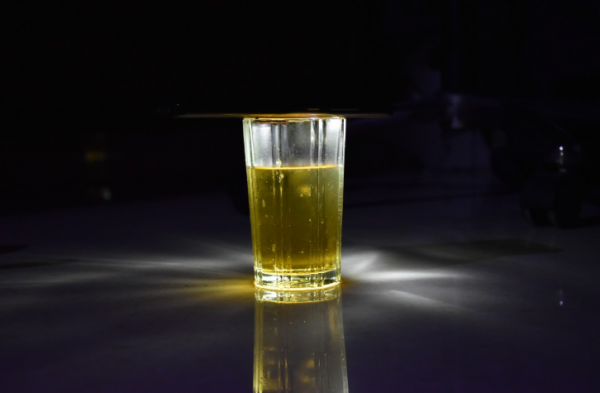 (Photo : Screenshot From Pxhere Official Website)
This Belgian Pipeline Can Carry 1,500 Gallons of Beer an Hour! Can Robots Change The World?

This form of robot or robotic automation has been seen in different warehouses and stores and even on highways as well as mines! The way some things are done can be changed completely for the better with a little bit of automation which is the reason why the phrase "robots are taking over" exist.

Autonomous mobile robots or better known as AMRs, are commonly seen in warehouses helping to boost efficiency. A lot of companies have invested quite an amount of their budget in automation in order to achieve that efficiency which in turn boosts results and optimizes resources.

Even the autonomous mobile robot market itself is changing as ecommerce has become even bigger during this pandemic.

There are currently two different types of AMRs namely those that are based on fleet management and those systems that rely on picking optimization.

Fleet management solutions operate around bigger payloads and direct the robot from an origin to a destination while pick optimization robots rely on movements of both the machines and people in order for it to process flow designed to increase the picking throughput.

Most of the pick optimization robots can be spotted supporting picking to cartons as well as totes and usually function around a smaller payload. Amongst the biggest concerns of the AMRs is how will warehouse workers be able to interact with the bots?

Read Also: Police Robot on Park Patrol Ignores Woman, Tells Her to "Step Out of the Way" When She Asked for Help

Most people fear that the robots would take over general human counterparts causing a loss in employees as the employer would rather purchase a robot which seldom gets tired and has a larger success rate.

The ARMs are not the only ones considered to be "autonomous vehicle technology" that are deployed to warehouses. Drones have also found their way inside of the warehouse and although most people envision a flying robot to make deliveries when the word "drone" is mentioned but they could be actually be used for different things.

Read Also: How to Boost Your Internet Speed: Turn of Your Microwave and the Following Devices That Can Slow it Down!

How are drones used in the warehouse?

Drones are being used in warehouses and even yards for the purpose of inventory management as well since the sensors of drones are much more accurate than a human eye and visual recognition can be reviewed later on.

If drones paired with autonomous robot technology are utilized within every single factory or warehouse, the productivity would increase but the number of employees would be decreased.

Should Hospitals Use Nightmare Robot Dogs to Help Frontliners? Tech Reporter in Dismay

Although Boston Dynamics may just want to offer their help during the ongoing pandemic, a particular tech reporter advises against the use of their nightmare dog, Spot.