Police Robot on Park Patrol Ignores Woman, Tells Her to "Step Out of the Way" When She Asked for Help 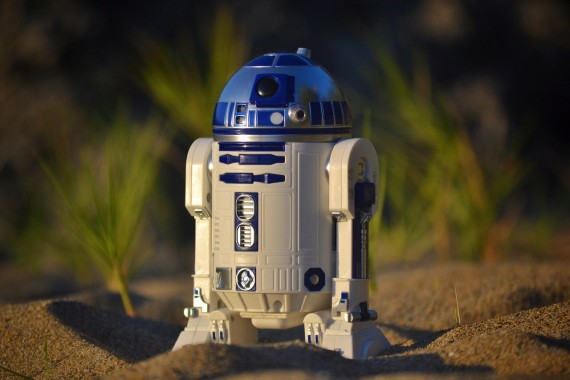 The autonomous security robots created by Knightscope, a Silicon Valley based startup, is once again sparking outrage among people, this time after an incident at the parking lot of a park in Salt Lake City, south of Los Angeles.

According to reports from NBC News, a fight broke out at the park and a woman, Cogo Guebara, did the best thing a person can do, she ran to the park's glorified robocop and push the button for emergency alert.

Imagine her surprise when instead of summoning help, the police robot merely ignored her after telling her to "step out of the way." Guebara even had to crouch down, thinking the robot requires a visual of her face, but to no avail. It kept humming an intergalactic tune and when she stopped, it glided on its merry way as it was programmed to do.

Since Guebara did not get the help she expected from the robot police, Rudy Espericuta who was, at the time, with her and her children, dialed 911 instead. The act itself invoked results, albeit a little late, because 15 minutes later, a woman with a bleeding head as a result of the park fight, got the medical help she needed.

The 400-pound robot which stands 5 feet, is a K5 model and specially designed for outdoor use. It is officially named HP Robocop, marked by a police moniker, and is expected to patrol the grounds of the park and maintain the security. In this instance, however, HP Robocop failed to respond as expected, instead keeping at it's programmed route along the cement path, stoppping every so often to remind everyone to "please keep the park clean."

While it did boost the tourism in the area, recent tribulations regarding the Robocop, is once again raising questions about what it actually does. According to Huntingdon Park chief of police Cosme Lozano, the robot does not yet have the capability to summon police officers as the calls are still currently accessible only to the manufacturer until the police department develops a process to handle them.

"That's why we're not advertising those features," Lozano had said. "It's a new program for us and were still developing some protocols... to be able to fully adopt the program."

This make the HP Robocop deployed at Huntington City Park seem nothing more that a useless, albeit, overpriced security camera on wheels, with its embedded self-driving technology, robotics, and Artificial Intelligence (AI). The riffraff at the park was also not an isolated failed case.

In 2017, the Society for the Prevention of Cruelty to Animals (SPCA) - San Francisco branch also had to face the public's mild outrage towards a Knightscope robot patrolling the area. More recent issues including the Knightscope K5 robot the fell in the fountain in Washington, D.C., as well as the one which hit a toddler at a Silicon Valley mall, are also proving that the police, or the robot model in itself, despite its cost, may not yet ready to live up to the mandate of replacing human police officers in keeping the people safe.