South Korea: A Look Into How To Hold Political Voting Amid Coronavirus Threat 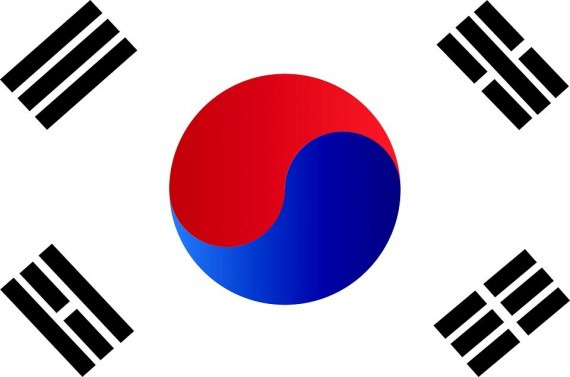 The South Korean government has courageously decided to pursue its voting process amid the looming threat of the coronavirus outbreak. The move by the country's government officials may inspire others to follow suit.

Current President Moon Jae-in's Democratic Party of Korea is on the run-in to win the elections for 300 parliament seats on Wednesday, as revealed by surveys conducted. The government party's fame rose following its management of the coronavirus pandemic, resulting in infection rates dropping to their all-time low since February, despite initially being one of the hardest-hit countries by the virus.

How it fares with other countries' response

It is contradicting other countries' postponement of elections, which includes France closing down local elections after the surge of positive cases in the nation. Poland, on the other hand, plans on conducting its presidential elections on May 10 via mail-in ballot to maintain social distancing protocols.

World leaders considering what their next movie should be with polls -- the massively positive response to Moon's decision highlight the benefits of moving forward amid the threat. The crisis enabled Moon a chance to rebuild his popularity after being barraged by the economic impacts, and several other consequences of the pandemic, including butting heads with North Korea.

The brave endeavor of the South Korean government shows both the possibility and benefits for leaders who have handled the virus properly in its early stage, according to the head of Asia risk analysis, Miha Hribernik at consultancy Verisk Maplecroft.

Hribernik stated that voters are more likely to excuse previous faults and support conclusive and crucial crisis management. Experts say South Korea was lucky to be an exception to the rule, as most countries who have fumbled on the COVID-19's initial bombardment have their leaders facing utmost criticism for their actions.

Read Also: The National Grid Puts Pandemic Plan Into Effect: Here's How They Plan To Deal With Power Outages

How are they doing it?

The South Korean government is taking extra precautions to ensure the health and wellness of its voters during this decisive decision. Citizens will be required to maintain a separation of at least one meter, wear face covers and disposable gloves, and be ready to be submitted to temperature checks, as the voting booths will be regularly disinfected.

The duration of the voting was expected to last until 6 p.m., where exit polls were to be released shortly after. As of last week, a Gallup Korea poll revealed the Democratic Party was in the lead, at 41 percent to the oppositions' 23 percent. This result was before a restriction on publication of poll results was implemented on Thursday.

Predictions are still not guaranteed as affected by the complexity of the voting process, and the history of unforeseen events exist. Just a few months ago, President Moon was face-to-face with significant criticism due to his lenient response to the coronavirus outbreak. He believed the virus would be eliminated "before long," only for a surge of cases to happen a few days later.

South Korea would have had a problematic situation if the elections were postponed, being a detriment to the country's three-decade-old democracy. Several supporters of Moon were among those who took to the fight into streets in the 1980s to protest against autocratic rule.

Read Also: [VIDEO] Heart Surgeon Goes Back To Work after Recovering From the Deadly Coronavirus

South Koreans can Now Carry Their Driver's License on Their Phone: Is This Safe?

South Koreans will be able to carry their driver's license on their phones but certain security questions are rising with regards to its safety.