Thatgamecompany's Indie Masterpiece 'Journey' Is Coming To PC Via Steam; Dive Into This Beautiful World On June 2020 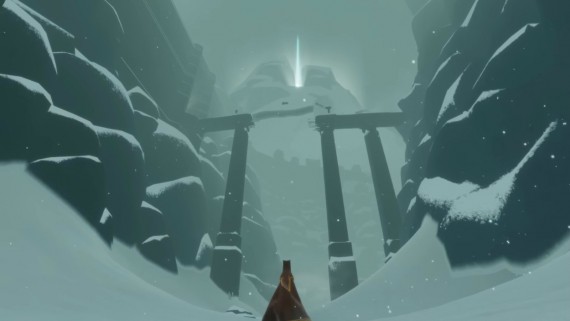 A recent trend from PlayStation exclusives has been to bring them out of the console-lock and allowing other platforms to play these beloved titles.

The first one to take this path is Guerilla Games' fantasy technological marvel 'Horizon Zero Dawn,' which is reportedly going to release on PC in the summer of 2020.

Another game to take an additional platform is 'Journey,' where players go on a journey (ironic, we know) towards a mountain in the distance.

Background of the game

The game garnered multiple awards since its release in 2012. It was and probably still is, one of the biggest games on the PS4 and is set to open its doors to Steam this June. It quickly became the PlayStation Store's highest-selling game of all-time.

Journey is heavily-reliant on its story-telling in parallel with its fantastic concept and marvelous gameplay mechanics.

Inside the game, you will have to navigate through several different levels to get to your goal, each one featuring puzzles that you have to solve, either alone, or with another player. In Journey's overworld, you can encounter other players going on their separate paths.

Every player has the choice to assist another player and work together to progress faster. There is a catch, though, as you have no ability to communicate with the opposing player either via voice or chat commands. The only form of communication the players have available is a musical sound that turns dull pieces of cloth scattered throughout the environments into a vibrant red.

Steam is home to a massive collection of games, including but not limited to indie games similar to Journey. The addition of the title to Steam's game library will be a much-wanted advertisement for more players to get to know the title and enjoy it as many people have before.

The online platform more often than not offers great deals of prices for players to grab, especially for an exclusive game debuting on a different media. They have made Journey: Collector's Edition available to those who want the full experience, and it comes with an immense amount of content.

Thatgamecompany's financial success with Journey wasn't enough to keep them afloat, however, as the company filed bankruptcy due to the game itself.

Journey had an allotted two years of development before release, but by the end of the timeline, the game still wasn't up to the creator's standards. This left them with a difficult choice, release the game as it already is, or commit to making it as they hoped it would be, and as we all know, they went with the latter.

Though with the additional time and resources they spent into making the game the masterpiece we all know and love, it may have cost them too much, as they went one year over budget, resulting in the financial crisis that led them to the ultimately heartbreaking decision to file for bankruptcy.

Read Also: Remember Tamagotchi? They're Coming Back As 'Evatachi' With All New Evangelion-Themed Looks and Animations!

Kojima Productions faced some challenges when developing 'Death Stranding' for the PS4 which limited the game's potential. But now that they've ported it over to PCs, the original vision of Kojima Productions has been realized.