Google Doodle Releases a Series of Mini-Games to Keep People Inside: Doodle the Coronavirus Away! 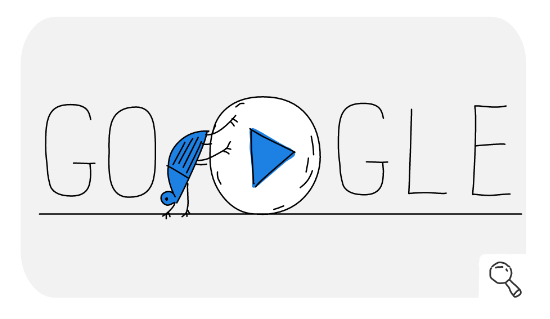 Google Doodle Releases a Series of Mini-Games to Keep People Inside: Doodle the Coronavirus Away! (Photo : Screenshot From Google Doodle Official Page)

With the coronavirus on the loose and the whole world still trying to deal with it, the best thing citizens can do is to stay indoors. Although a big portion of most people's lives circulate around going outside to work, see friends, play games, and a bunch of other activities, the citizens are urged to stay indoors to minimize the risk of getting infected by the deadly coronavirus.

While the time keeps on ticking and the social distancing period does not seem to come to an end, it can get pretty boring when you are running out of things to do. You might have found a few things to spark your interest at first, but the more time flies by, the more it seems like the number of things left to do at home starts to go down.

Google has been trying to convince people to stay indoors by putting up reminders on their search engine and extending their efforts into stopping fake news from spreading and now, Google has taken it one step further!

Google has announced that they will be releasing a brand new game based on their previous Google Doodles every day, starting Monday! That's a new mini game to play every day!

The company will be choosing out the perfect game from the numerous amounts of mini-games it already has featured on its very own search homepage over the past years. Google will then be releasing 10 of the best doodles over the next two weeks.

Every single one of these doodle-based games have actually been preserved and archived all the way on the Google Doodle Blog. The company is trying to ensure that people get a good variety of games by releasing new games every day.

Google Doodle has also been able to make a few moves to honor those worth honoring like a previous post where Google honored everyone who was participating in the fight against COVID-19. Google themselves said that they did this as a tribute to all of those on the front lines trying their best to fight the virus even sacrificing a lot just to participate.

Another honorable thing that Google Doodle did in the past was to honor the previous Dame Jean Macnamara who was one of the most remembered polio researcher who has previously saved countless of kids from polio as most of her therapy methods are still being put to practice this very day.

Google has been very vocal about what they want, stay inside to fight COVID-19!