Ninjala Is Free To Play On Nintendo's Eshop For The Switch; Here's How To Get Your Tactics On In The Beta 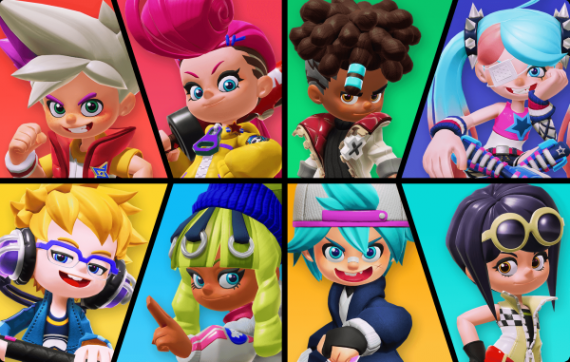 Nintendo has recently opened the beta for its latest title, 'Ninjala,' for the Nintendo Switch. If action-fighting games are your thing, then this game would tickle your fancy. Grab your digital copy of the ninja fighting game on Nintendo's eShop now.

The open beta will be available on specific times over the next few days:

The game is called 'Ninjala Exclusive Ninja Club' and features cute and uniquely designed characters that take each other in head-to-head combat in the fight for glory.

Action-packed ninjas come out of the shadow!

The title features an online battle arena where you and eight other real-life players use powerful and sometimes weird arsenals to make your opponents taste the ground. Use Ninja-gum to throw weaponized bubbles at your rivals.

Your character's main-hand weapon will differ between the types of Ninja-gum you use. Battle it out in a race against the clock for the most points. Score points by beating rivals, looting items, and destroying robots spread across the arena. An IPPON, which is classified as a finishing technique, will score you bonus points!

You can even group up with your friends and take part in 4v4 team matches where coordination is the key to victory. The cumulative points your team earns will be the deciding factor in determining who the winners are.

Read Also: The Last of Us 2 Leaked Online; Naughty Dog Confirms Final Experience Will Be Grander Albeit Fewer PS5 Units Coming This Holidays

Your character can be customized in a variety of ways, and you can earn and buy accessories you can use to deck your avatar out in style. All of the items can be combined to pull out your personalized style; you can show off to your opponents and friends alike.

Last month, Nintendo released an animated film introducing the game and the characters within, which you can watch below.

The global launch of Ninjala is set for this coming May, and it will be completely free-to-play, requiring no online subscription to get the most out of.

A bit of a rough start

When Nintendo first rolled out the beta for the game, the mass influx of users trying to get a chance to try the game out overloaded the servers and caused massive disconnections.

Users were quick to shower their disappointment with witty and hilarious memes and posts on social media.

Shortly after the incident, though, the official Twitter account for Ninjala announced that they had to take down the servers temporarily to do some emergency maintenance while also apologizing to all the fans who were disappointedly blocked from being able to play.

The CEO of GungHo, Kazuki Morishita, shared he got the inspiration for Ninjala from his childhood memories of the Japanese ninjas and a sport called chanbara. He saw a vision where a mix of the two created an enjoyable and action-packed experience that gamers all around the world would enjoy.

Morishita's original goal was to develop a game that attracted not only the attention of young kids but also adults that had stressful working days, so they may be able to relax and enjoy the game together.

The “Master of Martial Arts,” Master Yoshi, will be the newest addition to the roster of characters in “Dragon Ball FighterZ Pass 3,” Bandai Namco Entertainment America revealed.

A leaked video has surfaced of 11 minutes of gameplay of an unannounced game from Sucker Punch titled Prophecy.