Catch Mewtwo On Pokemon Go's Latest Throwback Update And A Shiny Venonat For Your Troubles: Here's What You Need To Do 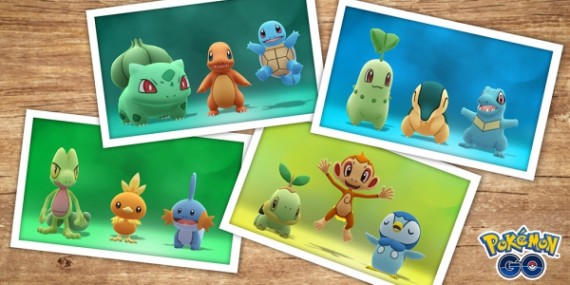 Pokemon Go has been thriving amid the coronavirus pandemic by introducing new features that players can utilize while being locked in their homes, contrary to the game's original plan of having trainers roaming in real-life looking for fantastic and powerful creatures.

Niantic's latest update, however, is a blast from the past as they make Mewtwo available to be captured in an encounter at the end of a seven-day event. The event will start on May 1, 2020, and ending on May 8, 2020, both at 1 p.m. local time.

The entire process is a series of nine steps that eventually has you taking on the psychic pokemon in an encounter which also has a chance to be shiny.

The process requires you to complete a set of tasks every day, which then rewards you with a specific pokemon from the first generation of pokemon. The steps each feature you catching a pokemon type related to one of the original eight gym leaders from the Kanto region.

You can find all the requirements for each day that you need to finish in a Twitter post by user Mitch as released early unintentionally by Niantic.

List of the research tasks and rewards and encounters for this special research (courtesy of @SerebiiNet) pic.twitter.com/Yj7Pp3Bckj — Mitch (@pizzalover4189) April 27, 2020

The series of steps are branded around the progression of the first game's gym leaders, starting with Brock's rock-types and ending with Giovanni's ground types. Completion of each day's tasks also gives players the chance to catch the gym leaders' strongest pokemon, such as Misty's Starmie and Lt. Surge's Raichu.

Read Also: The Last of Us 2 Leaked Online; Naughty Dog Confirms Final Experience Will Be Grander Albeit Fewer PS5 Units Coming This Holidays

After the whole ordeal, trainers will then be given a final set of tasks that are currently unknown and rewarded with a chance encounter with Mewtwo with the move Psystrike and has a chance to be shiny. The sheer power and nostalgia that comes with capturing this one-of-a-kind pokemon are enough to motivate gamers to grind out the week-long update.

That's not all that Niantic has to offer this week, though, as the Kanto celebration brings an increased spawn for the pokemon Venonat and Chansey, along with the introduction of the purple bug pokemon's shiny form into Pokemon Go.

What else is new?

And it wouldn't be a pokemon celebration if their main mascot wasn't around to make a spectacle, as Pikachu caters to fans' hearts while wearing a Charizard hat after the flying dragon pokemon has been voted as the most popular Kanto pokemon in the world. There is also a possibility of region-locked Pikachu that has a different set of hats about the winning pokemon of that region.

As a general bonus, Pokemon Go is serving its fanbase up with double XP gained from capturing pokemon, raiding, and hatching eggs. Also included in the update are a batch of Field Research tasks that players can work through to be rewarded with Kanto classic pokemon encounters that they are capable of catching.

Fans all around the world are sharing their excitement over the latest news. They are frantically trying to finish their daily tasks in the hopes of battling and eventually fighting side-by-side with the almighty legendary Mewtwo.

Read Also: Ninjala Is Free To Play On Nintendo's eShop For The Switch; Here's How To Get Your Tactics On In The Beta