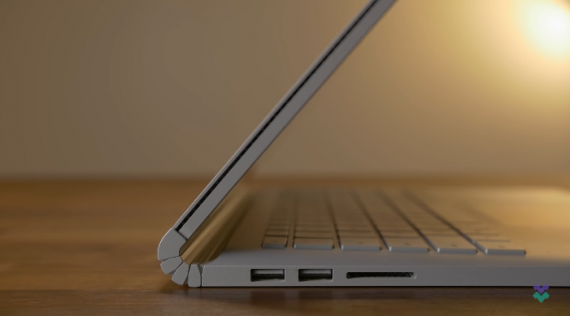 Finally, Microsoft's Surface Book 3 reveals the latest information about the Energy Star's upcoming Windows 10 powered laptop. This exciting new laptop by Microsoft caught the attention of users by its unique design but not with its specs.

Now, the uniquely designed laptop catches users' attention once again with its powerful specs! A certification revealed that the top-end models sell in both a 13-inch model and a 15-inch model.

The Surface Book comes with Intel's Core i7 processor along with 32GB of RAM. According to the Windows Latest reports, the Surface Book 3 features Intel 10th generation processors in both the 13-inch and 15-inch.

The latest report also says that Surface Book 3 might utilize a wide variety of different hardware and will run on 32GB of RAM aiming to cater to both casual and professional users.

The devices practically use the a lot of similar parts making them fit in the same close family of chips across a wide variety. The final release date for these laptops is not yet certain but it seems like it won't take long.

The models have already passed the FCC and this puts them one step closer to their release. Fans of Microsoft can expect that the upcoming Surface Book 3 is just around the corner.

Microsoft's Surface Book 3 uses a very unique design and although users complained about the disproportion of weight between the tab and the keyboard, it seems like the company is fixing this problem.

Read Also: Balmuda's Steam-Based and Radiation-Free Toaster is Here! Would You Buy It at $329?

The Surface product line released by Microsoft catches the eyes of those looking for something new. The design is sleek and minimalistic which brings a new flavor to the average laptop user.

Now that the Surface Book 3 not only has a good design but also amazing specs, the laptop is now even more interesting. 32GB of RAM is enough for the professionals to do their work since this provides a lot of power to the laptop.

For those who love to travel, the Surface Book 3 is a great tool to use. The problem with most laptops is even if they are portable, they are still not mobile and travel friendly.

This problem is quite common and is why companies like Microsoft have developed laptop product lines like the Surface products to deal with this problem. Aside from just the fact that the Surface Book 3 is portable, users will find that it is also very easy to carry around.

So far, reviews and contents reveal only the specs mentioned above of the still mysterious Surface Book 3.

Processors from Intel seem to keep having problems, but what's the reason behind it?