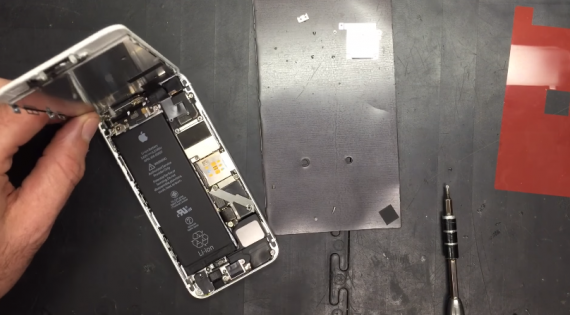 Although this looked like an immediate steal for some people, the fact that the iPhone SE and the iPhone 8 share a lot of parts that are exactly the same, those excited for the upcoming iPhone SE might want to rethink their decision.

The iPhone SE and the iPhone 8's same parts

Taking a closer look at both models, it was found that the SE's SIM trays, camera, Taptic Engine, and even the display assembly (which included the proximity sensor and microphone) were all actually swappable with the iPhone 8's parts!

The screen is expected to be cheaper to replace compared to any of the newer iPhone screens released in the last few years.

One thing that's different with the iPhone SE and the iPhone 8 is the battery. Although the battery looks extremely identical, the battery's own logic board connector actually differs from that of the iPhone 8's, so they don't actually fit together.

Although the iPhone SE's battery isn't the same with the iPhone 8's battery, this does not necessarily mean it is still new technology. In fact, the SE will actually connect to an iPhone 11 battery, which actually sues the same connector, the only weird thing is that although the parts fit together, the SE won't be turn on if you do this.

Read Also: Apple is Finally Selling Certified Refurbished Apple Watch Series 5 Models: Would It be Worth the $110 Price Drop?

The roadblock in the new iPhone SE's battery

One turn off about the new SE phone is that it experiences a very popular Apple roadblock included. You won't actually be able to swap one genuine iPhone SE 2020 battery for that of another one without triggering a service warning saying "not a genuine Apple battery."

A great number of the newer iPhones do arrive with completely no backward capabilities which has been rumored to be Apple's leading marketing technique for quite a while which is why it is quite shocking that Apple would recycle most of its previous technology for the new upcoming SE.

The new iPhone SE has already gained a great deal of popularity online as more and more people are excited to buy an iPhone at a very reasonable price.

Apple has suddenly decided that it will be participating in the "affordable smartphone" market which is why it has released the SE but if buyer's aren't too picky with the brand, there is easily more phones that actually offer better specs than the iPhone SE.