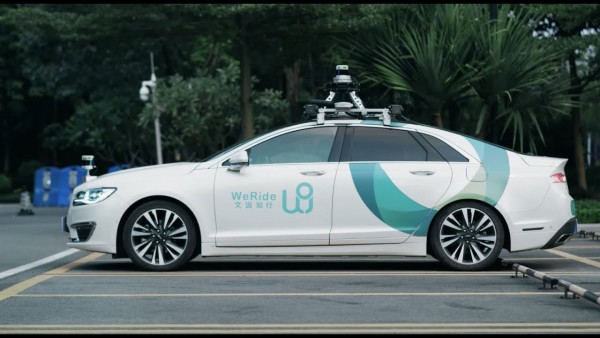 Autonomous vehicles are the biggest automobile market globally, and it is accelerating due to the excellent developing technologies involved in autonomous driving.

What Is WeRide Doing?

WeRide is a startup that started three years ago, but it is already backed by industry giants Mitsubishi, Renault, and Nissan. The startup stated that they started tests on July 8 on a few open roads in a specially allocated area in Guangzhou after the city's government gave the startup permission to begin the tests.

If you look into autonomous vehicle companies in China, you'll see that there are companies like the Toyota-backed Pony.ai, Didi Chuxing, and Baidu Inc. that are testing autonomous vehicles as well. However, their cars have a couple of safety staff in the vehicles. When an unexpected situation occurs, the safety staff are there to control it before something bad happens.

A remote control center is planned by WeRide so that they can override controls of the vehicles they made if they have to in case of drastic emergencies.

Regarding companies in the United States, Alphabet Inc.'s Waymo is testing autonomous passenger vehicles without any safety staff involved. Another startup called Nuro has been permitted to test delivery vehicles without any drivers but on a smaller scale located in California.

Billions of dollars are invested in the autonomous driving industry by tech companies and vehicle manufacturers. Still, insiders from the industry have claimed that it would be years before the public will trust autonomous vehicles since the technology will need time to mature.

What Are The Benefits Of Autonomous Driverless Cars?

There are many benefits to having our cars be autonomous without drivers needed.

Less traffic comes with driverless vehicles since the cars will be able to communicate with one another and analyze the surroundings, which means that these cars will know where the optimal route is. It makes it so that the scarce road space will be distributed evenly.

Reduction in traffic will lead to improved public health since traffic jams were reported to cause blood pressure to rise, along with depression and anxiety, as well as cardiovascular fitness and sleep quality to decrease.

Safety will be increased when driverless vehicles come into the mainstream since the majority of auto accidents will be prevented if more people use autonomous vehicles.