Investing in a vehicle is a decision that should not be taken lightly as there a number of factors you have to consider such as the price, its horsepower, the brand, the interior features you're looking for and many others.

It's the same case with an electric vehicle as you don't only consider the price, but also its mileage as well. There are a number of affordable electric vehicles out in the market today from a Tesla to a Toyota. But if you're looking for something that goes beyond the expectation of an electric vehicle, then perhaps the 2021 Mercedes-Benz EQS is for you. 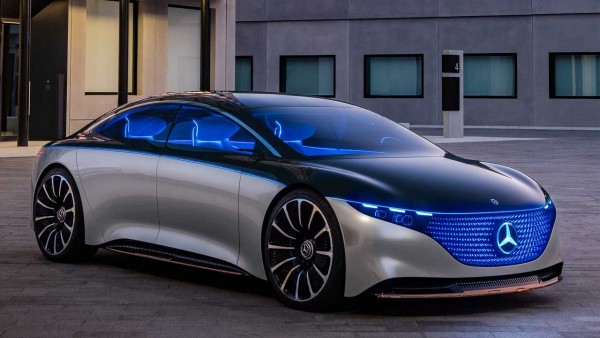 Expected to launch next year, it will have a very impressive range of over 435 miles (700 km) on a single battery charge measured in the Worldwide Harmonised Light Vehicles Test Procedure (WLTP) cycle, according to Daimler CEO Ola Kallenius that was noted by CarScoops.

"Next year, we will enter a new era for Mercedes in terms of electrification: the EQS will set standards. With the EQS, the way we think about cars is changing. It is the first fully electric luxury sedan from Mercedes-Benz based on an all-electric architecture," added Kalenius.

Based on Mercedes-Benz' Modular Electric Architecture (MEA), the luxurious electric vehicle will be manufactured in Factory 56 in Sindelfingen, Germany, with the batteries coming from the Suttgart-Unterturkheim plant promising S-Class levels of luxury, comfort and safety, as well as all-wheel steering and electric all-wheel drive.

No details have been announced as of this writing, but if previous reports are to be trusted, this will have a dual-motor setup that can generate up to 350 kW and 760Nm, 400 horsepower (for the entry-level, while the lucrative model will have 600 HP), serviced by a circa-100kWh battery pack and can accelerate up to 100km/h in 4.5 seconds and a top speed of 200km/h as noted by Motoring.com.au.

According to Inside EVs, the EQS will be the first non-Tesla EV to challenge--and possibly even surpass--the Model S Long Range Plus whose claimed EPA range is 402 miles / 647 km which has a 100 kWh battery pack.

Mercedes-Benz Will No Longer Manufacture Sedans in the U.S.

Due to the competition the automaker faces, Mercedes-Benz will no longer build sedans in North America as sales of the body style continue to lose out to SUVs, parent company Daimler as noted by Motor Authority.

The Tuscaloosa plant will continue to build the GLE, GLE Coupe and GLS SUVs instead of C-Class sedans, while the plant in Aguascalientes, Mexico will focus on the GLB SUV instead of A-Class sedans, according to Reuters.

Mercedes will fill the void with the production of an electric SUV, which the automaker announced in 2018 when it started construction of a battery plant in Tuscaloosa.

Future C-Class sedans for sale in North America will likely be imported from Mercedes' plant in Bremen, Germany. The sedan will also be built in plants in South Africa and Beijing.

Read Also: Mercedes Benz Gives Us A Peek At 1000Hp Project One Hypercar