Mercedes Benz Gives Us A Peek At 1000Hp Project One Hypercar 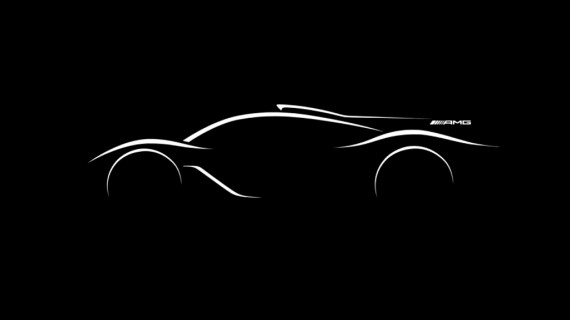 Mercedez Benz confirms that a 1000 horsepower Hypercar called project one is on the way. (Photo : AutoGen.pl/YouTube)

When someone mentions the name Mercedes Benz, one of the first things that pop into people's heads is luxury and that would be perfectly right. However, luxury is not all there is to Mercedes Benz as it also has powerful vehicles in its lineup. If that is not enough, the well-known luxury brand is currently making a hypercar and it is giving us a peak at its 1000 horsepower Project One.

When it comes to hypercars, there are only a few automakers that have been able to get their hands on the Holy Grail and that would be the Porsche 918, McLaren P1 and Ferrari LaFerrari. Now, Mercedes Benz is about to join the ranks as it gets ready to bring its own hypercar. According to a report from Business Insider, Mercedes Benz and its AMG performance division made the announcement of introducing a hybrid hypercar with 1000 horsepower capability called Project One at the 2017 Detroit Auto Show a couple of days ago. It was mentioned that there will be a lot of things from the Formula One racing program that are going to be incorporated in the hybrid hypercar.

Mercedes Benz did not exactly bring the hypercar at the 2017 Detroit Auto Show but it did reveal a teaser image to tickle our imaginations along with a few details about the upcoming hypercar. Like all good teaser images however, the one Mercedes Benz showed did not reveal much about the car. You can only see the rear and top section of the Project One that almost looks like something out of a Batman movie. Well, at least we know that it will be a cool looking car.

The Mercedes Benz Project one will only be limited to 300 units. It is set to make its appearance sometime next fall but there are no details revealed yet regarding its price. Given the fact however, that it is made by a luxury brand and the other fact that it is a hybrid hypercar, it is safe to assume that it will have a very expensive price tag of no less than seven figures.

Despite the expected expensive price tag, there is still a considerable market all over the world that would jump at the opportunity to get their hands on the Mercedes Benz Project one. "The interest is huge, as you can imagine. The key here is to take care of our very best customers and try to please everybody, even if we then run out. We will have to have a very careful allocation between the different markets as well, not get all the cars into the market that screams first. There will be overdemand, I think it's pretty obvious, but it's not the first time we've done limited editions, so we will handle it in an intelligent manner," said Ola Källenius, Mercedes' R&D boss in a report.

The 2017 Honda Civic Type R is going out with a bang as it bids its farewell in a Black Edition.

Ford Says Ranger Will Make Its Comeback In 2019

Ford has just announced at the 2017 Detroit Auto Show that the Ranger will make a comeback in 2019.

The engine, mounted midship, sports a massive air intake up top, which will integrate into the body with a bit more elegance than a Formula 1 car. Its lithium-ion battery sits low and flat just behind the front axle.

If you’ve applied for car loans in the past and have been declined, you will know how disheartening it can be. And if you’ve been refused car finance, you may think you won’t get accepted anywhere else. However, not all hope is lost! If you’re applying for car finance with bad credit, there are a few easy ways in which you can increase your chances of being approved.