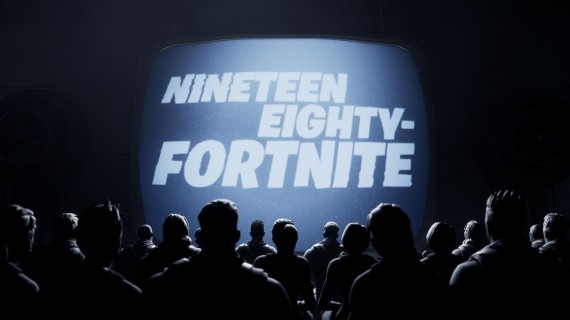 On Thursday, Apple kicked Fortnite out of its App Store after Epic Games implemented its in-app payment system. The payment system is said to bypass Apple's standard 30 percent fee

According to The Verge, this move by Apple escalates its feud with Epic. There have been concerns over Apple's of the App Store and the rules the company imposes on certain developers.

Epic retaliates by filing an antitrust lawsuit seeking to establish Apple's App Store as a monopoly and publishing a protest video on YouTube and within Fortnite itself to mock Apple's iconic "1984" ad. The video also calls on fans to #FreeFortnite by supporting its fight against Apple.

In a statement published by The Verge, Apple states that it has plans to work with Epic to "resolve these violations." However, the iPhone maker does not intend to have a "special arrangement" for Epic.

Epic Games filed a lawsuit against Apple at the US District Court of Northern California. The company alleges Apple's grip over the iOS market as "unreasonable and unlawful," Wired reported. Epic aims to force access to more apps and payment processing options on iOS. An Epic Game representative told Wired that Apple is flexing is enormous power when it removed Fortnite from the app store. He said Apple imposes "unreasonable restraints and unlawfully maintain its 100 percent monopoly over the iOS in-app payment processing market."

Wired says that the quick rollout of the lawsuit indicates the company has a bigger plan than selling V-bucks.

Epic also implemented its payment system in the Android version of Fortnite. Google has not commented on the issue yet.

The Verge said that Epic's approach seems to be designed to compel Apple into a response. The Fortnite studio made it clear in its new iOS update that the in-app payment system would lower prices, so users save their money.

It is not clear how updates to Fortnite will work. Users who have downloaded the game but only opened it recently say files are still downloading normally. However, Epic must have the game reinstated in the App Store to continue with substantial changes to the iOS version. In an FAQ, Epic noted that the game would function as usual until the release of Chapter 2 - Season 4. By then, players can still play the 13.40 version of Fortnite. However, they "will not be able to access any new content or the new Battle Pass," according to the FAQ.

The issue on app stores' cut

Tim Sweeney, Epic CEO, has long been concerned about cuts by app stores. He said mobile app stores no longer justify the 30 percent cut they get from developers, The Verge reported back in 2018.

Apple has been criticized for some time now for its mandatory fees. Some critics also said the guidelines are unfair and may have been designed to benefit Apple.

The Verge cites how Apple recently exempted Amazon from the 30 percent fee for selling TV shows and movie rentals on the Prime Video app. It is said to be only allowed for certain streaming video platforms. According to court documents released during the Big Tech antitrust hearing, Apple turned out to have cut a special deal with Amazon in 2016. The deal is about lowering fees from Prime Video subscriptions from 30 percent to 15 percent so that Amazon's app would go be on the App Store.

Epic had tried to bypass Google's Play Store on Android as well by having Fortnite on a direct download from a software launcher. However, according to The Verge, after 18 months of operating as such, Epic realized that Google is putting "software downloadable outside of Google Play at a disadvantage."

Epic was clear displeased by how Google treats any third-party software that will not abide by its rules. Epic later joined Match Group, the company behind Tinder and other dating apps. They issued statements of support for the EU's antitrust investigations into Apple.