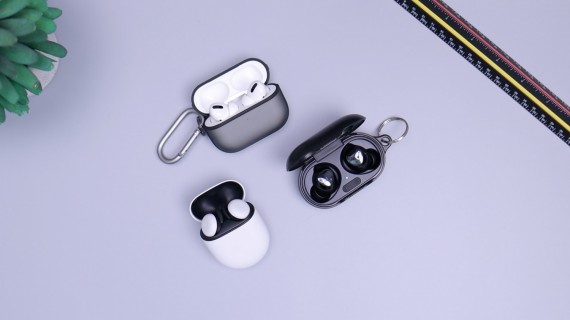 Sennheiser CX 400BT is already geared to be released this coming September 15th. Priced at just $200, it will come in either black or white (and hopefully more color options. We're crossing our fingers here). It seems Sennheiser is targeting a different market segment this time around. Previously, it launched two Momentum True Wireless buds. These models have good, if not the best, battery life. They also have active noise cancellation (ANC) and better controls. However, they cost $100 more at $299.95.

But how do they stack up against the competition? Sony has its WF-XB700. Aside from its "Tri-hold" design, it also has similar yet better features than Sennheiser's CX 400BT. At just $130, it may not have active noise cancellation (ANC). But at that price range, who are we to complain? The Powerbeats Pro is another alternative. Beats designed this one for mobility, especially for those who love working out while enjoying their favorite "beats".

Read also: Users Ask: What is Chromium? Is it Far Better than Google's Highly Reliable Chrome?

Sennheiser says the CX 400BT utilizes the same 7mm drivers found on the Momentum True Wireless 2. This sounds good from the start but do note that having the same components, drivers in particular, for a new model doesn't automatically mean the new one will also perfom like the old one. There are so many factors to consider. Also, like other Sennheiser devices, users can customize the sound output via the Smart Control dedicated app (available on Android and iOS).

For wireless earbuds at just $200, the CX 400BT will come with touch controls on both earbuds. These too can be controlled and customized using the previously mentioned Smart Control app. Though these buds don't really have solid active noise cancellation, Sennheiser still claims that the CX 400BT's mics can help in making the user's voice sound clear enough for the usual calls and voice commands.

These earbuds have an expected battery life of seven hours. Once you include the juice stored in the included charging case, it goes up by another 20 hours. It looks good on paper but we're yet to await these earbuds' real-world performance. Since these don't have active noise cancellation baked in, we're expecting they'll come close to the claimed 25 hours or more worth of combine battery life.

When it comes do design choices, if we're comparing physical appearances, the CX 400BT has a more rectangular shape than the Momentum True Wireless 2. The latter has a more circular design.

So where's the part it cut corners? Apparently, it's in the noise cancellation feature. For $100 less, the CX 400BT won't come with ANC. We've known Sennheiser as quite a relatively premium audio brand. And having these earbuds at a very affordable price is something to be thankful for. However, do remember that from an R&D and manufacturing standpoint, there has to be some caveats to be able to offer (a not-so great) experience at such a price point.

Users Ask: What is Chromium? Is it Far Better than Google's Highly Reliable Chrome?

They sound similar but which one is better? What is Chromium compared to Chrome? I still remember the days when Netscape Navigator was the browser to go to whenever you want to, as they say, surf the web. Years after, when everyone has gotten over GIFs and old-school web interfaces, the trend now is to use browsers that are fast without leaving a dent on your system resources.

In an attempt to once again make the best headphones on the face of the planet, Sennheiser brings an update to the Orpheus headphones.