The Moon's Surface is Rusting: Is Earth Partly to Blame? 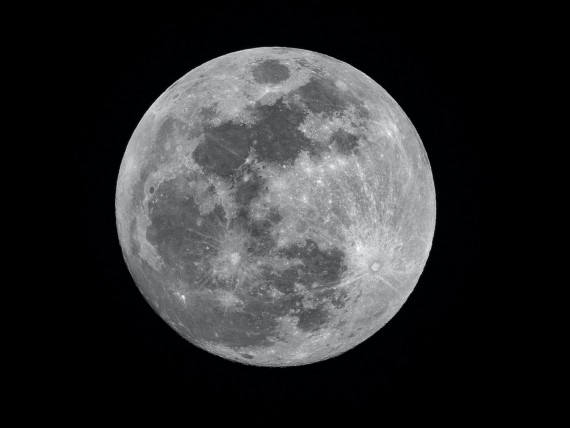 The Moon's Surface is Rusting: Is Earth Partly to Blame? (Photo : Mike Petrucci)

The Moon's surface is rusting and of all the possible suspects, our own planet is the major culprit. The Chandrayaan-1 spacecraft currently orbiting the Moon discovered dust on our little planetary companion. The findings suggest complex interactions amongst our planet, the Sun, and the Moon.

Despite having little water or traces of oxygen, rust, chemically known as iron oxide, still managed to form on the lunar surface. This was detected within deposits of hematite recorded by Chandrayaan-1 more than 10 years ago.

Read also: Undecided on What Vlogging Camera to Get? Let Us Help You!

What is hematite and how is it formed?

From the chemical interactions of oxygen and water on iron deposits, hematite is created. This happens normally on Earth, a planet with a relatively abundant source of water. This is why researchers are puzzled how the mineral might have formed since the Moon also experiences the same situation. The strange thing is it only has a short supply of water. Add this to the fact that obviously, our lunar companion has a scarcity of oxygen.

Matter of fact, Mars has its distinctive red color because of having iron oxide on its surface. Yet, Mars was once a world filled with water; not like the Moon.

The Sun constantly produces solar wind. This feeds the Earth and the Moon with hydrogen. Now, this amount of hydrogen acts as a sort of reducer. It adds electrons to molecules thereby halting the production of hematite. Here's the catch. A small amount of oxygen from our planet's atmosphere is brought over by our very own planet's magnetic field and to the Moon. Once there, it gets deposited and becomes the main reason why the Moon's surface is rusting.

Additionally, the Moon Mineralogy Mapper instrument (M3) found obvious signs of hematite. Ironically, this should not have even happened since the Moon has an arid environment. The data gathered by M3 indicated way higher hematite concentrations on the Moon's side that's facing our planet. The part facing away from the Earth didn't have the same levels of concentration. This alone proves that the additional oxygen found on the Moon comes from our very own planet. More so, the reason the start of why the Moon's surface is rusting might've happened is because of the closer distance between the Earth and the Moon previously than today.

Another critical ingredient for rust is obviously, water. The Moon has water at its poles. However, the hematite deposits were far from these. There were suggestions that water on the Moon's surface may have been kicked up by rapidly moving dust particles that are traveling through space.

There's an upcoming mission to the Moon by the Lunar Trailblazer. It's currently being developed by JPL and Caltech. It aims to further explore the ice water deposits on our Moon. This could possible provide the answers to the mystery of having hematite formations on the lunar surface.

Undecided on What Vlogging Camera to Get? Let Us Help You!

Vlogging cameras have now become a separate category when choosing a dedicated camera system. Previously, consumers and enthusiasts mostly looked if a certain model has a full-frame sensor, motion stability, or over-all robustness.

Three Men Charged for Their Decade-Long Leaking of Movies

Leaking of movies and making them available online on many streaming sites is, no matter how you look at it, a crime. Online piracy costs film studios millions of dollars in lost revenue.

How Does Vinyl Work? Awesome Old-School Piece of Tech for Today's Listeners

How does vinyl work? Well, before we answer that question, let it be known that it’s expensive and quite inconvenient to use, but we’re still loving it.

Chang'e-4 is expected to resume lunar exploration operations as part of phase 2 CLEP program. This comes after the successful soft landing on the dark side of the moon on the 3rd January 2019.