Three Men Charged for Their Decade-Long Leaking of Movies 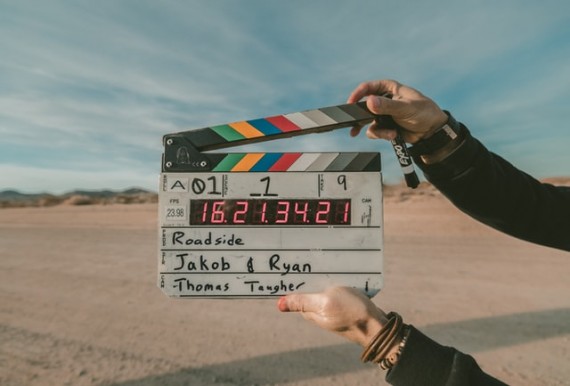 Leaking of movies has been one of the oldest cybercrimes since the internet became internationally available. Some prefer getting paid games for free while there are those who just want to watch movies for free. At one point, we even came across certain websites that offer streaming services for movies that are yet to be released. Honestly enough, there are those who like to game on their PCs but there are some who like to just sit back and watch their favorite movies. Ironically, for the latter, some prefer going to movie piracy sites. Truth be told, if you can buy parts, yes, expensive parts like a gaming mouse that has a built-in fan, for your gaming PC, you can certainly pay for a monthly subscription to your legal streaming site of choice.

Read also: Android vs. iPhone: Unrestricted Freedom or Security but at a Cost?

Recently, three men were charged with copyright infringement. US Authorities are bent on taking down Sparks Group, an elite global piracy ring. Two members have already been arrested as of this writing. 18 other countries assisted in shutting down the group's servers where it hosts its illegal contents. Sparks Group alone has cost film studios an estimated loss of tens of millions of dollars.

According to Audrey Strauss, the acting US attorney for the Southern District of New York, "The group allegedly circumvented copyright protections on nearly every movie released by major production studios, as well as television shows, and distributed them by way of a worldwide network of servers."

The Department of Justice points that as early as 2011, these men along with other Sparks Group members illegally obtained DVDs and Blu-Ray discs that are copyrighted. They obtained these from wholesale distributors. After cracking the discs, they then made the films and TV series available online before they were even officially released.

Read also: How to Choose (and not Doze Off on) the Right Gaming Chair

Many piracy sites and their members have now gone into hiding or have suddenly disappeared. Several groups such as SPARKS, DRONES, and GECKOS are currently the target of government officials. The numerous raids resulted to members of the pirating community running for cover.

Previously, Darry Polo and Luis Villarino pleaded guilty to being behind the two largest US pirate streaming sites. They operated Jetflicks and iStreamItAll, both of which has a huge library of bootlegged movies and TV shows. They admitted using automated software and scripts to gather pirated videos that could later be streamed or downloaded. Think of Netflix but for illegal content.

There was even this movie-sanitizing site that removes adult themes from movies. Despite this "good" intent, VidAngel was ordered by a jury to pay $62.4 million to Hollywood studios for pirating their content. Soon after, even Disney, Warner Bros., and 20th Century Fox sued the company for copyright infringement. It bought retail DVDs of mainstream movies and would then rip them. Adult content, sex, violence, and cursing were then removed to make the movies family-oriented.

Read also: Chromebook: How to Breathe New Life to Your Old Laptop

Chromebook: How to Breathe New Life to Your Old Laptop

Chromebooks are good alternatives for people who want to have a simple portable computing device without having to speed too much. For those who are on a tight budget though, there is a way to turn your old laptop into one that runs on Chrome OS.

Gaming chairs, for some, are still quite a luxury. But since you’ve already spent more than a grand on your newly built gaming PC, won’t it be strange if your chair doesn’t fit the theme of your gaming station?

Oculus released its updated Rift software, aiming to curb piracy. However, it seems that the new update has made it easier to game piracy.