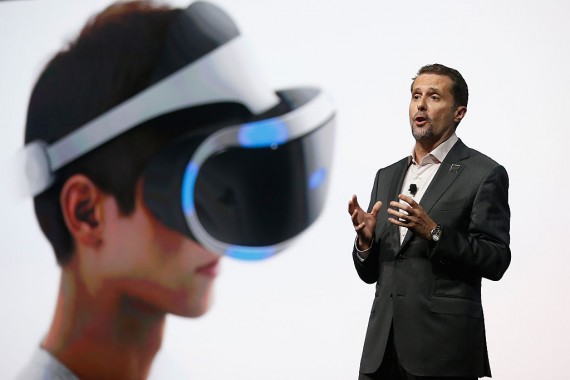 Sony unveils that the reason why they released the latest installment of the PlayStation series - the PlayStation 4 Pro, was because they were afraid that gamers who wanted better graphics might switch to PCs. (Photo : Christian Petersen/Getty Images)

Imagine being in the boardroom when Sony was already starting to plan the mid-cycle overhaul console that started out as the PS4 Neo, and turned into the PS4 Pro. At the time, Sony reportedly decided to make the PS4 Pro instead because they were scared that gamers who wanted the "very best graphical experience will start to migrate because that's obviously where it's to be had".

Sony manufactured the PS4 Pro since they were scared gamers wanted better graphics, and they didn't want them switching to PC.

During an interview with The Guardian after the recent PlayStation Meeting where Sony revealed the PlayStation 4 Pro, Sony Interactive Entertainment's President and CEO Andrew House explained the company's decision to release an updated console.

"I saw some data that really influenced me. It suggested that there's a dip mid-console lifecycle where the players who want the very best graphical experience will start to migrate to PC, because that's obviously where it's to be had," House said.

"We wanted to keep those people within our eco-system by giving them the very best and very highest. So the net result of those thoughts was PlayStation 4 Pro - and, by and large, a graphical approach to game improvement".

At this moment, we are the person in the room with the business suit who's attempting to appeal to a quickly changing consumer electronics market with stale equipment and strategies. It is beyond disappointing because most huge AAA games are made on consoles, and the whole time PC gamers are suffering, and will be kept down significantly, even more, going into the future.

Why PC Gaming Is Still Way Better Than Console Gaming; What This Means For PlayStation 4 Pro And Xbox One S

Although Play Asia is accepting pre-orders for the upcoming PS5 at $700, the final price might actually just be $500.