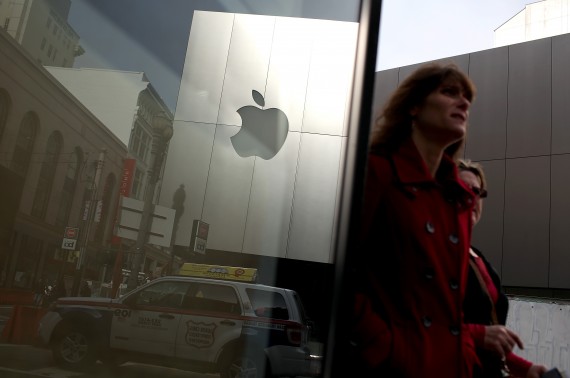 Apple's iOS 10 Update was released today and it sounds too good to be true. Is there a catch or is it just an update that's packed with features to make our lives easier? (Photo : Justin Sullivan/Getty Images)

Apple just released its newest update for iOS users today. Apple fans have been waiting for this update for the longest time and they seem to be quite happy along with other surprises Apple brought along this month. Apple's iOS 10 update brought fresh new features, together with paid apps that are now free and a number of other nifty features.

As reported by Apple Insider, Apple's iOS 10 update will be extending Siri support to a number of third-party apps. Lyft for iOS is one of the lucky apps to be included in the list and they are joining forces to beat Uber. Now with Siri integration, Lyft for iOS user can hail a cab without even having to tap on the app.

Hailing a cab is as easy as saying it directly to Siri. If a user needs to ride Lyft to go somewhere, all they need to do is say "Hey Siri, can you get me a Lyft to the nearest grocery store?"

Not only that, if you have the Apple Watch, you can also request a ride from your smartwatch since Lyft also supports Apple Watch integration.

Other Apps That Works With Siri After Apple's iOS 10 Updates

Fitness apps like Map My Run and Runtastic are also going to work with Siri and it will also work even if users communicate with Apple's digital personal assistant through the Apple Watch.

Siri also assists users with money transfers through the Squarecash app or Venmo. Other noteworthy apps that will be working with Siri are WhatsApp, LinkedIn, Viber, Airmail and Discover Mobile.

At the moment, prices for currently paid apps in the app store for iOS 10 are being waived and you can get them for free today. If you like to play games, the games "Into Mirror" and "Super Cat Galaxy" are currently free on the Apple App Store.

But if you are the type that likes to do some sketching on your free time, study or read on Wikipedia, the apps Sketchify, Brain Wave Study Smart and Wikigraph are up for grabs at no cost.

Old iPhone users who were given a chance to update their current iOS to iOS 10 have encountered multitudes of issues before and after installation. It turns out that if your phone doesn't freeze after the iOS installation, it would either give you some error messages during the process.

As CNET reports, during the installation they got an error notifying them that there was a problem with their iPhones and it needed to be connected to iTunes on the PC. As soon as the smartphone was connected to the iTunes software, it showed another prompt saying that the iPhone needs to be restored to its default settings.

When you restore your iPhone or any device to its factory settings, it means it'll wipe out everything from your contacts, messages, images, apps and etc. So for the people who has not tried this yet, would you go through hoops just to get the most update version of iOS?

Recore doesn't just rule Xbox One, but it also invades personal computers now as well. Can you play this game?

HP recently dropped salesforce and oracle to switch to Microsoft Dynamics CRM tool. Microsoft is thrilled as this year has been looking really good for them!

iPhone 7 sales and stocks boost after its release. Critics were proven wrong, but is this because it's the best or due to Samsung's Galaxy Note 7 recall?