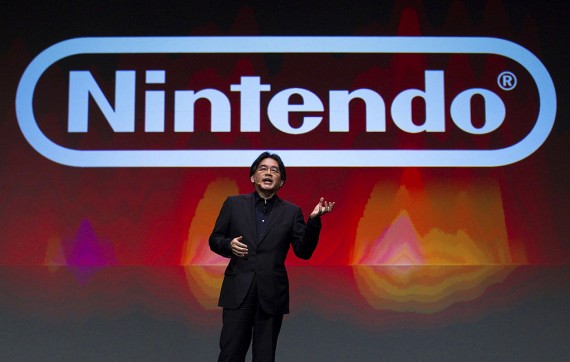 The Nintendo NX price might have been leaked by a major U.K. supermarket. (Photo : Kim White/Nintendo of America via Getty Images)

Nintendo has made an absolute fortune earning their cash on the toys-to-life phenomenon with amiibo, while their recent foray into the smartphone market has seen stock prices take off - and that is before the arrival of the long-awaited Super Mario Run, not to mention mobile renditions of Fire Emblem and Animal Crossing.

And as the company might be keeping us waiting for an official Nintendo NX reveal, the speculations propose it will be some sort of handheld/console hybrid that plugs into your Television but can be carted around the next.

The Nintendo NX might not be as powerful as the PS4 Pro or Xbox One Scorpio, yet here're the reasons why Nintendo will move back to the top, assuming they actually announce it, of course.

If there's one thing that's guaranteed with any Nintendo console, it's that you won't find a superior and more reliable crop of platform exclusives anywhere else. Nintendo doesn't need the most powerful equipment to make a great Mario game, and no graphics card on the planet would make the cartoonish Mario Kart any more fun and enjoying than it already is.

Best for both ways

A standout among the most exciting rumors surrounding the Nintendo NX is that it will merge the power of the home console with the portability of a handheld. Assuming the rumors are true, you'll have the capacity to detach the controllers from either side of the handheld screen, and then plug the core device to your TV for traditional gaming sessions before the television.

If some of the early Nintendo NX gossips are legitimate, the console will really be capable of running smartphone games like Super Mario Run, Miitomo, and Animal Crossing when it releases next March.

Great alternative to Xbox One and PS4

Nintendo may have encountered hardship to move many Wii U consoles, but it certainly didn't have that issue with the original Wii, which defeated the Xbox 360 and PS3 (in spite the fact that they did catch up a bit at the end), despite being not as powerful. While it feels like Sony and Microsoft are scrambling around for the same audience, Nintendo has a much wider scope.

It is very evident that Sony's PlayStation 4 Pro and Microsoft's Xbox One S is targetted at a more mature audience, limiting it to the ages of around 15 to 30 years old. On the other hand, Nintendo's NX, despite its inferior graphics and a lighter gameplay, ensures that it is user-friendly and that all age groups from 5 to 80 years old can adapt to it and enjoy playing it with utmost delight.

This is what Nintendo is good at. It doesn't have to compete against the heavy duty graphics, complicated gameplay or even with the marketing of its much technologically advanced counterparts. What it needs to do is to just take on the greatest number of audiences  in its target market, and do the best of what it can. Surely, the Nintendo NX will be a huge hit.

Get to know more about Nintendo's processor upgrade for the NX.

PlayStation 4 vs Xbox One S: Which one is the better buy?

Two titans of gaming clash as we compare and contrast on which is the best gaming console to purchase in terms of overall peripherals, features, and performance. Will it be the PlayStation 4 Pro or the Microsoft Xbox One S?