Nintendo NX Reddit Rumors: What Fans Are Saying About The Next-Gen Console 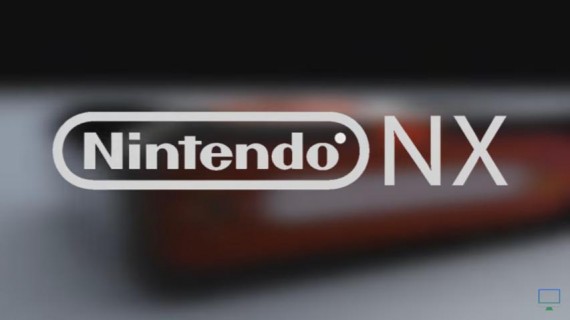 The Nintendo NX is arguably one of the most talked about devices of 2016 - amazing, considering how tight-lipped the gaming company has been. And so, fans of Nintendo have taken it among themselves to imagine what the console will be like. (Photo : CTNtechnologynews/YouTube)

Technology news is normally exciting, especially when it promises to be something completely different from its competitors. For this reason, and so much more, fans of Nintendo have been eager to learn anything about the upcoming Nintendo NX console. And yet, the company has refused to reveal or confirm anything about the device. In substitute of the same, fans have started to simply talk amongst themselves.

What Has Nintendo Done

As Business Insider notes, Nintendo has kept infamously silent on the specs, design and features of the Nintendo NX. The only things that have been confirmed are that such a console exists and that it will be available by March 2017.

What is even more frustrating, however, is that various game developers have already expressed their own praises at the upcoming console. And yet, no actual details have been provided.

The Nintendo NX subreddit is possibly one of the most active threads on the website. There are numerous discussions going on and ideas that are being shared. Of course, these are not without reason. Fans have taken widely accepted "facts" of the console and infused the same with their own ideas.

It has been reported time and time again that the Nintendo NX will be a home console and portable console hybrid. The actual design, however, is still unknown. One Reddit user has theorized that the console will look very much like the Nintendo 3DS. However, there will be no screen at the bottom half of the device, which will be the controller for the NX. Furthermore, the upper half, which is a screen, will be detachable. The detachable screen is also what processes the game and can be attached onto a television set.

Another Reddit user expressed how great it would be if the NX had the same local multiplayer feature as the DS. This of course would only require one cartridge for playing. Seeing as how the NX is supposedly tapping into cartridges again, this is a very possible feature.

Another user asked if the Nintendo NX would include a feature for voice chats. But seeing as if this is standard to all gaming consoles at this point, it is highly likely that Nintendo will add the same. After all, it is fairly simple to disable the feature for users that prefer gaming without it.

Nintendo NX - How It Will Beat Sony And Microsoft

One user makes a fine point in saying that Nintendo needs to be smart - and likely is being smart - about its upcoming release. Nintendo has never had the power that Sony's PlayStation or Microsoft's Xbox has had. Therefore, the company needs to win by making the upcoming device more appealing to more than just hardcore and everyday gamers. The obstacle is not in manufacturing the best console, but in manufacturing the most widely acceptable one. In essence, Nintendo will need to appeal to various groups - children, casual gamers and harcore gamers - with the NX.

Finally, an actual step forward in the unveiling of the Nintendo NX. Foxconn, most known for the iPhone series, has reportedly started production on the elusive game console.

Further Proof The Nintendo NX Will Be A Hybrid Device

Though it is not coming from Nintendo directly, the public can start to settle on the image of the Nintendo NX as a hybrid console, thanks to a “Pokemon” executive.

Nintendo Switch Games: How Will Sports Games Fare In This New Console?

It appears that popular sports video games are churning out their versions intended for the Nintendo Switch. How will video games look like in this latest game console?

Nintendo Switch Guide: Important Things You Need To Know Before Buying It

The Nintendo Switch is finally coming out in the market. Are you interested in buying it? Here are some of the most important things you need to know about this game console.

Nintendo Switch: A Hybrid Consule With A Powerful Hardware And Competitive Price

The Nintendo Switch is coming out in March 2017 and there's a preview trailer which unfolds lots of new information on the Codename NX console.Here are some things you need to know.

The 'Nintendo Switch' Release Got Its Timing Wrong, But Why?

A lot of gamers love to see the potential on any console, and Nintendo's new hybrid console, the Nintendo Switch, has plenty of potentials to show. Being a single system that handles both at home and on-the-go gaming will always be a dream machine for a lot of gamers. Plus, with a lot more traditional controls and fewer nonsense gimmicks, the Switch hardware might greatly help Nintendo's stellar first-party games shine once more.