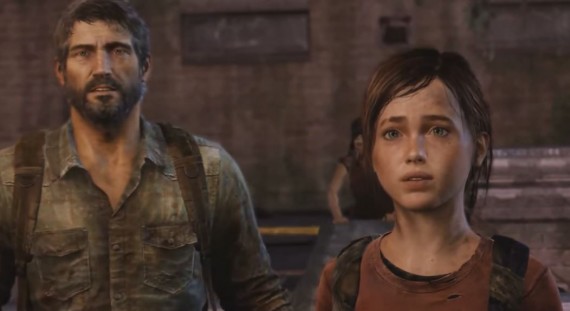 The Last of Us 2 trailer was shown during the PSX and what the audience saw was a haunting and emotional debut that keeps us excited (Photo : YouTube / IGN)

Today, I bumped into several articles about convincing non-gamers to play a game. One of them being The Last of Us, a game so good that you think you're watching a drama set in a zombie apocalypse. The game itself together with some articles I have skimmed over has convinced me to reflect upon my experience playing it. And, at the same time formulate reasons on why every non-gamer should start picking up the controller and play The Last of Us and afterwards pick another game worthy of their time.

Among the articles I stumbled upon, I picked this write-up from Know Your Mobile to recognize as my main helper for picking out reasons to convince non-gamers to play. I have modified, summarized, and formulated it with my own thoughts to make a short article that is easy to remember.

Also, I simply picked the said content as my main reference due to the fact that it is written by a non-gamer. Balancing my views as a gamer with Richard's - the writer's name, I think I can create a good mix of views. Also, it helped me choose certain terms which if I had just written as a gamer alone; some people might not get what I'm talking about.

What I am writing isn't also a review but sort of insight on what reasons we should give out to non-gamers to introduce them into the gaming world. I personally picked out this game due to the following 3 simple reasons.

Controls are a bit challenging but it gets easier every hour

If you'd introduce someone to gaming, make sure they can properly use the controller. You are asking someone to be 'part' of the game's story and the best way for them to do that is to exactly do what is necessary. The Last of Us, being a zombie apocalypse game obviously would require your proper reflexes and good aiming skills for your character to survive and move on with the story.

Now, you would think, 'why just let your friend play games with very basic controls?' Yes, that's reasonable but I personally do not recommend it. Having them play games with little interaction will just give them enough good time and then quit gaming in general after a while. Lesser interaction, for me, is equivalent to just watching a movie.

You just need to be more proactive and participative in a game that you realize you are already 'running' the game on your own. For most non-gamers, this is the hardest part. But trust me, once you got to cross the line from being a stranger to the controller to a well-aimed player, it will not only allow you to play the game properly, it will also mean that you are ready to explore other control intensive games. Ergo, you are now a gamer.

I listed this as the first item to discuss since it signifies transition. Being afraid of controlling a video game character is one of my frustrations when trying to teach a friend to game but from it sprung an inspiration to make it as the first test to gauge if someone can really game or not, not just in terms of skills but in terms of willingness. Besides, if this stage is successful, you have already taught someone a new skill.

Story, character build up, and content just keep you in the game

Of course, The Last of Us has impressive visuals and good gameplay, but it wouldn't be the same without the well-executed and intelligent storyline, it also has a lot of plot twists that keep you entertained while learning to be a gamer. At times, while playing the game, you can already feel that you are watching a drama series concerning people during a zombie apocalypse.

Think of it as binge watching The Walking Dead but you have the responsibility of having your characters, Joel and Ellie, survive each stage to move on to the next story. This is why I particularly made controller skills as my first topic above. It is a prerequisite for this game, therefore if you don't have step one above yet, take time to train your non-gamer friend. Generally, for games, it doesn't matter if you got astonishing graphics, so for The Last of Us, its stunning graphic features are a huge bonus for those who really want to be regular gamers.

It also offers a prequel sub-titled: Left Behind, which is a DLC, that expands the story and explains some angles on why the characters are already that way when you started playing The Last of Us. So assuming that your friend that needed convincing is already into gaming, the add-on will make a great supplement.

The soundtrack and other audio assets

During in game, of course, the music keeps you in pace with the game. If it is a chase scene, you'll start hearing up beat chase music, if it's drama then time for a mellow heart aching background theme. But this is not the trick to making your friend play more games. It is when he or she is not playing. Why? Read the rest of the paragraphs to find out

The third crucial part of convincing someone to play games on a regular basis would be through their sub-conscious. What better way to make that happen that to subconsciously make them listen to the musical scores and stunning sound effects while they are busy learning how to play the game.

This works sub-consciously so its effect will happen during the times that your friend is not playing the game. While away from The Last of Us, he or she, I bet, will have the music and sound effects play over and over into his head. Making a constant reminder like: 'What will happen after this certain chapter?' or 'What tactics should I use to overcome this difficult scene?'

So, there you have it, my 3-step formula on convincing someone to play the video games and consider himself or herself a gamer afterwards. Now, this formula also works on other hit games as long as you follow through with the 3 steps properly. But don't overdo it with super difficult games though. If you got some suggestions or reactions, you may hit the comments section below. The Last of Us is available now at a lowered price in stores, check out this review by IGN:

TAG the last of us, gaming, how to teach gaming, non gamer, gamer, tricks to gaming

We grab some games that will make you realize that you're one lucky gamer just sitting on your couch or computer chair just pretending to hold on for your life, pretending to 'survive'.

What happened to No Man's Sky just reminded us to look for archives of video games with misleading trailers. Thank you, Internet, for the database. Thanks also, to the people who compiled these.

Lionsgate and Starbreeze have revealed 'John Wick Chronicles', a virtual reality game based on the most-anticipated Keanu Reeves sequel 'John Wick: Chapter 2.' A pretty exciting game adaptation for those who just want to kick some butt.

A gaming performance test of the Xiaomi Redmi Note 4X was conducted. It had no problems running GTA San Andreas, Asphalt 8 and N.O.V.A 3.

FIFA 17 Winter Updates promise a whole list of players to receive significant stat boosts. Among the lucky few is Diego Costa of Chelsea.

Pete Hines says that Fallout 4 has surpassed Skyrim as Bethesda’s most successful game.