Galaxy Note 7 Alternatives: 4 Devices You Should Get Instead 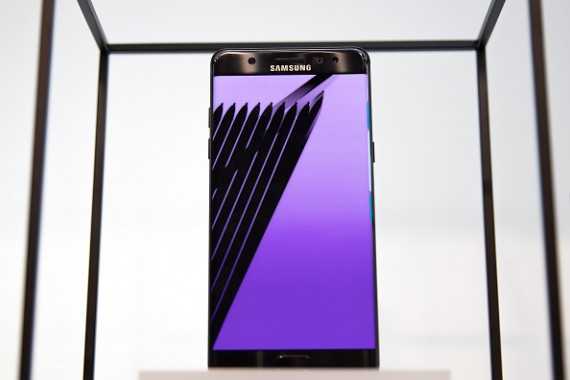 The Samsung Galaxy Note 7 is probably one of the best smartphones released in 2016 but after the halt to its global sales and production, Note 7 has finally come to an end. While no smartphone can beat the S Pen and unique edge display features that set the Note 7 apart, here are a few notable Android devices that is worth looking for.

Here are four of the best alternatives to Samsung Galaxy Note 7.

Aside from it being a Samsung phone, Note 7 and the Galaxy S7 Edge share a virtually identical hardware with its wireless charging capabilities, fingerprint scanner and IP68 water resistance. The Edge has even received software updates to include some of the Note 7's helpful UI features, Android Authority reported.

Edge's screen is 0.02-inches smaller, being 5.5-inches instead of 5.7 inches. One more thing to consider is that it sports a micro USB port making Note 7's chargers and accessories work perfectly with the S7 Edge.

The device is also $200 cheaper, so those who opt to return and exchange the Note 7 will get a refund for the difference. The Galaxy S7 Edge also has a bigger 3,600 mAh battery, compared to the 3,500 mAh in the Note 7.

In addition, its fast charging feature, fingerprint scanner and the metal body certainly singles it out as one of the best phablets in the market now. Unfortunately, the Pixel XL only has an IP53 rating rather than IP68 water resistance. Despite it, Google's flagship comes with an Android 7.1 Nougat and a Google Assistant making it possibly even better.

Galaxy Note 7 is certainly a feature-packed smartphone and perhaps another solid choice would be LG V20. LG's flagship comes in 5.7-inch QHD LCD display with a secondary 2.1-inch screen to display notifications and messages.

Those who love taking photos will find a wide variety of competitive shooting options with the V20, thanks to its manual camera mode and dual 16MP/8MP rear camera combination. It also boasts of a dedicated ES9218 DAC for a superior audio listening experience that goes beyond other flagships. It might not come with a glass finish or water resistance but it does sport a military grade shock absorbency and a removable battery. It carrues the Android 7.0 Nougat and the latest OS features.

LG's phablet will be available from all carriers starting next week in the U.S.

We cannot deny that HTC's One Plus 3 is a thing of beauty. It comes with a 5.5-inch display and an even more powerful handset. Equipped with Snapdragon 820 and 6GB of RAM, it performs much faster and better. It's USB Type-C port also allows fast charging and quicker data transfer.

It might not match Samsung's super AMOLED but in terms of camera features, it does not disappoint. The phablet carries a 64GB internal space and costs much lesser than the Note 7.

3 Reasons Why Google Pixel is Better than iPhone 7

The recently launched Pixel takes on the iPhone with upgraded features and better specifications.

The Chinese company's current flagship may soon have a bigger sibling called the OnePlus 3 Plus.