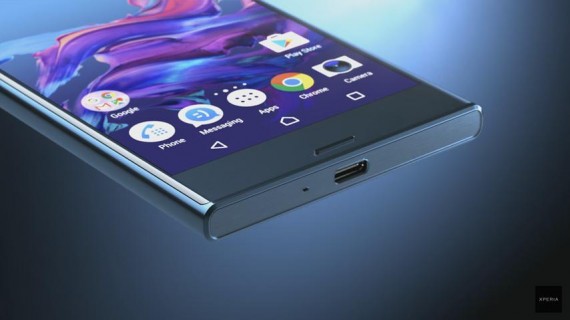 The new Sony Xperia XZ packs some powerful features with its camera. Is this the flagship that will beat Google Pixel XL with its title of having the best smartphone camera in today's market? (Photo : Sony Xperia/YouTube)

After two long years, Sony has finally launched its new flagship - the Sony Xperia XZ. With a refined design and impressive features, the Xperia XZ is gearing up to compete with the Google Pixel XL, especially with its excellent camera improvement that might be better than Pixel XL's "best smartphone camera."

The Sony Xperia XZ In A Nutshell

Sony's new flagship, the Xperia XZ, looks very much like the Xperia Z5. But Sony refined the Xperia XZ's design and updated most of its specs to compete with other flagships released in today's market. Most of all, Sony seemed to revamp its camera with enormous sensors and other similar features to make its mobile photography capability even better.

For those who do not know it yet, the Sony Xperia XZ is not without premium specs. It boasts the latest Snapdragon 820 processor, comes with a fingerprint scanner, a high-resolution audio with active noise cancellation, a dedicated microphone, an IP68 for water and dust proofing, and of course an impressive pair of primary and secondary cameras.

The Sony Xperia XZ's full specs are pretty impressive but the handset's strongest point is its camera - strong enough to compete with what DxOMark's named as the best smartphone camera ever.

The Google Pixel XL, on the other hand, looks a lot like an iPhone 7 in Android version. It's a powerful phablet made with premium features and specs to fit the high-end market where it belongs. The Snapdragon 821 chipset that the Pixel XL is equipped with made it 10 percent faster than the Xperia XZ which has the 820 processor model. The Pixel XL has the advantage of having Virtual Reality capabilities too thanks to Google.

But what makes the Google Pixel XL really special is that DxOMark called its smartphone camera as the "best" one to grace the smartphone industry. So Google has the right to call their new flagship as the best smartphone in terms of mobile photography. This is in competition with iPhone 7. Pixel XL won the test over which smartphone camera is best with its 12.3-megapixel shutter. Will Pixel XL remain the best now that the Sony Xperia XZ has some impressive camera features, even more impressive than Google's flagship?

So let's look at our contender first, the Sony Xperia XZ. Compared to the Pixel XL's camera, the Xperia XZ's shutter is 50x more powerful in specs thanks to an impressive 23MP sensor on its primary camera. This is not something new since Sony makes powerful cameras for digital photography. Making their new flagship just as good in the camera department is no hardship.

But in comparison to the Pixel XL, the Xperia XZ's shutter packs more power. With a 23-megapixel capability, taking shots in high-resolution is very easy. Sony did not remove their ultra-wide angle lens for professional-looking landscape shots, a feature that they have used before with the Xperia Z5.

The XZ also has a mix of contrast and phase detection autofocus and the speedy laser autofocus system to take care of subjects in close distance. The innovative RedGreenBlueClear-Infrared (RGBC-IR) sensor is very useful too in correcting color temperature and adjusting white balance depending on the ambient light present. What's more, Sony's predictive autofocus technology locks in on a subject even if it moves so shots can be made in crisp and sharp quality even with a moving object.

With Google Pixel XL, you get a lower camera sensor at 12.3 megapixels but it performed excellently in reducing noise levels even in varying lighting conditions. DxOMark also notes that the Pixel XL is a definite winner when it comes to providing good contrast, white balance and fast autofocus.

Google's new flagship is also suited for a wide number of photography modes. Even with a limited camera sensor, photos using the Pixel XL unexpectedly offer users with images in clear detail. More than that, the Google Pixel XL also has the capability to record 4K videos at speeds of 30 frames per second. For users who wish to save on the limited memory available, taking high-resolution 1080p videos are much faster at 120fps, a feat that not all smartphone cameras can do when taking fast-paced movements and catching it on video record.

Besides that, low-light, indoor and outdoor photos all looked great with the Google Pixel. images are rendered in rich and life-like colors, individual photo elements are captured in great detail and Google also added hybrid autofocus feature that uses phase- and laser-detect pixels that is very helpful in low-light settings. The Pixel XL has a stable flash and boasts of the Auto HDR+ as its default camera mode.

Obviously, having a bigger camera sensor is not enough to beat Pixel. Google's flagship still reigns with its best smartphone camera. With Sony, users have to manually set their photos to get the maximum 23MP quality. For Pixel owners, the norm is the Auto HDR+ camera mode with all its automatic correction of shadows, dynamic range, white balance, and noise levels.

With the Xperia XZ, users might need to tweak their camera settings a bit to get their much wanted magazine-worthy photos. But with the Google Pixel XL, taking photos with a professional quality takes just one click.

The LG V20 is another solid phablet to replace the Samsung Note 7. But between the Google Pixel XL and LG's flagship, which one would win?

iPhone 8 Specs, Rumors: Why You Should Wait For The 2017 Smartphone Instead

Given the insider rumors, consumers might better wait for the iPhone 8 to be released in less than a year this 2017 than buy the newly released iPhone 7 and iPhone 7 Plus. Here’s why.