Which Games Are Getting The PlayStation 4 Pro 4K Upgrade Patch? 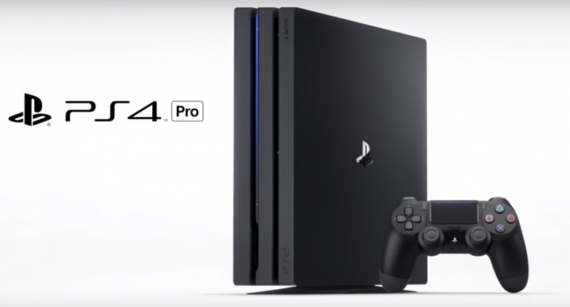 A month before its release, games slated for the PlayStation 4 Pro gets upgrade patches for a full 4K resolution support. (Photo : Photo by LevelCapGaming/Youtube)

The PlayStation 4 Pro, Sony's dedicated console for 4K gaming, is not yet coming until November. But Sony already has a slew of game titles for the PS4 Pro. Just recently, Sony added more titles to join the PS4 Pro lineup. The good news? Some of the games for PlayStation 4 Pro are already given an upgrade patch for 4K support. So which games are getting the patches for the 4K upgrade and which ones will not?

Before its official launch this November, Sony has already added new titles to the PlayStation 4 Pro lineup. Just recently, game developer Hi-Rez Studios provided the 3.19 patch for its own Smite. Using the said patch, gamers will be given an upgrade of a full 4K resolution support, which means that there will be an increase in texture resolution and gamers will be able to play games smoothly with the PlayStation 4 Pro. Monolith Production rolled out a similar patch for their game, Shadow of Mordor, in preparation for the release of the PS4 Pro. Other games with a confirmed 4K support at 1080p resolution display at the moment are NBA 2k17, Elder Scrolls Online Special Edition, Paragon and Deus Ex: Mankind Divided. But there are more the the 4K upgrade patch than just upping the resolution.

What 4K Resolution Means For Gaming

Gaming with a 4K resolution only means that gamers will be able to experience a gameplay with the best graphics that it has to offer. Games with a full 4K support have better graphical effects and have higher frame rates. This makes actions and every movement smoother compared to other gaming resolutions available.

Even before its release this November, Sony already released several games that will feature 4K support for their latest PlayStation 4 Pro console. With Sony taking the lead, other game developers have also provided their own patches for the 4K upgrade.

Several games are already slated for release this year and the next like Battlefield 1, Call of Duty: Infinite Warfare, Mass Effect Andromeda and Titanfall 2 to name a few. All of these titles are already confirmed to arrive with a full 4K support, which will allow gamers to play them on the PlayStation 4 Pro.

NBA 2K17 for one will have support for both both 4K and 1080p resolutions. More than that, it will run with HDR support at 60 frames per seconds, which should result to an improved anti-aliasing. The Elder Scrolls Online will also feature the same resolution support but their promise is an increase in graphical fidelity. Fallout 4 has the same enhanced graphics with the addition of improved lighting features in its 4K support and the Deus Ex: Mankind Divided has the same features to offer.

Games like Thumper will have a higher rendering at 90 FPS in 4K resolution without any upscaling. On the other hand, the Witness will be available at a lower resolution of 1440p and 1080p but can be upscaled to 4K. The lower resolution game will have its UI, menus and text set at native 4K with a consistent frame rate of 60 FPS. The latter will be equipped with an increased anti-aliasing quality and the same framerate per second.

Paragon and Killing Floor 2 will also have their own 4K support available. Paragon is set at 1080p display with a 4K quality and will provide gamers with better texture fidelity, enhanced visual and dynamic effects, higher scene complexity and more procedural ground cover. Killing Floor 2 will be available on 1080p and 4K displays with checkboard rendering, supersampling, enhanced texture resolutions, and increased framerate.

PS4 Pro 4K Upgrade Patch Is Not For All

Even if there are plenty of games with slated for this year with a 4K support, not all games will get a 4K upgrade patch just like Destiny, unless a 4K update for it comes later. The Witcher 3: Wild Hunt is not available on 4K as well given that the process of converting it from full HD to 4K would be very time consuming. Resources are an issue for developers, too.

Instead of a more advanced war and shooter game, DICE took a step back by releasing a new installment that will bring players to World War I this Oct. 21, the Battlefield 1. Here's what we can say so far.

Sony Might Consider Its Own Mobile Gaming Ambitions, Thanks To Pokemon GO

Thanks to Pokemon GO, Sony will pursue its own mobile gaming aspirations by releasing five new mobile games to rival Niantic. Will Sony be able to stir up the same phenomenon for their upcoming mobile games just like Pokemon GO had?

The new modes that come with the new Final Fantasy XV patch may not a good thing for PS4 Pro owners.