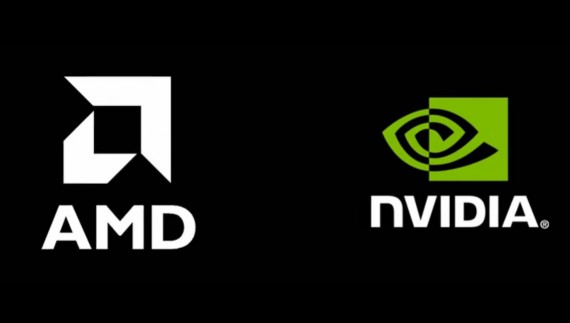 After speculations for the past two months, Nvidia finally confirmed last week that it will release its new lower-end graphics card based on its Pascal architecture.

According to PC World, Nvidia's new GeForce GTX 1050 and GTX 1050 Ti graphics cards, even if not out yet, they have already pushed AMD to drop the process on two-thirds of its Radeon RX 460 and RX 470. This highly-anticipated release from Nvidia aims to compete head-on with AMD's Radeon RX 460 and 470 series. In consequence, AMD is forced to take preemptive measures.

According to Hot Hardware, the GTX 1050 Ti will be a great budget 1080p gaming card, with potential to offer 1440p gaming in certain game titles. The 1050 Ti will come with a 4 GB frame buffer in order to ensure no bottleneck will happen at this target resolution. However, Nvidia's non-Ti 1050 model could still encounter a bottleneck at 1440p resolution, as it comes equipped with just 2 GB. According to tech experts, for a 2016 budget graphics card, the GTX 1050 has a relatively shallow frame buffer memory configuration.

We do not know yet how much performance Nvidia's upcoming GPUs will actually provide, but if AMD has chosen to react before their release, that's a sure sign that they will be highly competitive. The supposed price drop rumored last week is not confirmed on the updated retailer listings. At Newegg right now, Sapphire's RX 460 comes with a price tag of $99. After rebate, PowerColor's Red Dragon RX 460 costs just $95. An XFX RX 470 model is currently priced at $180.

After months of pricing inflation, most 4 GB versions of the RX 460 have settled down at AMD's stated $140 SEP for the card. But at Amazon, after applying a mail-in rebate, a GIGABYTE RX 460 is being sold for $100. The GIGABYTE RX 470 version is selling for $184. For those gamers interested in overclocking, the GIGABYTE RX 470 is a bit more attractive due to its inclusion of an 8-pin PCIe power connector and its use of dual fans.

The number of models available right now on discounts is still modest, but we expect that this is a sign that more will follow suit over the next week. With new holiday programs, as of today, AMD suggested an online retail price for the Radeon RX 460 will start at $100 and the Radeon RX 470 will start at $170. For both graphics cards, those adjusted costs represent a $10 discount from the launch-day. However, at the moment, no Radeon RX 470 hit the $170 price point that AMD says will debut today.

It seems that AMD's preemptive price drop comes just in time, as Nvidia finally turns its attention towards the niche of budget, sub-$200 graphics cards. The RX 470 and 4GB RX 460 have long been considered overpriced for the relative performance offered. AMD's cost adjustments in the face of new competition are most welcome. However, before rushing out to buy either of AMD's newly discounted cards, we would recommend waiting to see the real performance of the GTX 1050.

AMD has launched two budget graphics cards, the Radeon RX 460 and RX 470. Which is the better buy?

Tech experts expect that AMD will launch its budget-friendly Radeon RX 460 and 470 in early August.