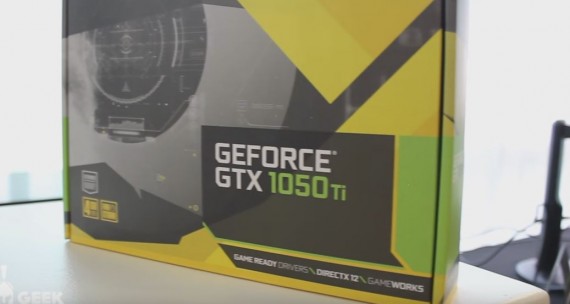 Nvidia's GeForce GTX 10-series is finally addressing the budget gaming niche, after months of focusing on the high end. The $139 GeForce GTX 1050 Ti and the $109 GeForce GTX 1050 are a pair of entry-level affordable new graphics cards designed to gamers who are shopping on a budget.

At those prices, Nvidia is aiming to compete directly with AMD's Radeon RX 460. Nvidia's budget graphics cards launch has pushed AMD to preemptive price cuts, according to PC World. But even with AMD's recent price cuts, the GTX 1050 and GTX 1050 Ti are the winners in the budget gaming niche.

While the older GTX 950 required the use of an extra six-pin power connector, the GTX 1050 and GTX 1050 Ti follow the path of the popular GTX 750 Ti by requiring a mere 75 watts of power. Their low power requirements allow the new Nvidia budget graphics cards to draw all needed energy via the motherboard alone.

For budget gamers, that means they can install Nvidia's new cards into a prebuilt "big box" PC from the likes of Dell and HP in order to easily transform them into full-fledged gaming machines. This possibility matches what 2 GB variants of the Radeon RX 460 can also offer.

Nvidia's GeForce GTX 1050 and GTX 1050 Ti seem to live up to the GTX 750 Ti's legacy and be able to dethrone their Radeon rival. According to Extreme Tech, AMD has enjoyed a fairly strong market position with its RX 460 and RX 470 GPUs for the last few months. But now it is Nvidia's turn to get the top spot with its newly launched GTX 1050 and 1050 Ti.

Various reviews are available on both cards from specialized websites like Hot Hardware, DigitalTrends and Tom's Hardware. According to those reviews, the RX 460 is generally outclassed in both DirectX 11and DirectX 12, by both the 1050 and the 1050 Ti. More than that, the GTX 1050 Ti's 75 W TDP allows the graphics card to hit high clock, holding a maximum frequency around 1.8GHz.

The RX 480 and RX 470 are offering more memory bandwidth, more cores and more texture units than their GeForce competitors, but feature fewer render outputs and run at much lower clock speeds. The RX 460's cannot compete against the GTX 1050 or 1050 Ti. Unfortunately for AMD, its RX 460 is providing a lower performance than its new Nvidia rivals.

When it comes to whether the 1050 Ti or 1050 is better, the question has no clear answer. This depends somehow on the user's budget. The 1050 provides a better price/performance ratio, but it is limited to only 2 GB of RAM.

AMD's price drop for its RX 460 and RX 470 graphics cards is confirmed. The company makes a preemptive move ahead of the competitor Nvidia's GeForce GTX 1050 launch.