Will Muscle Cars Die Out With Emergence Of Performance EVs? 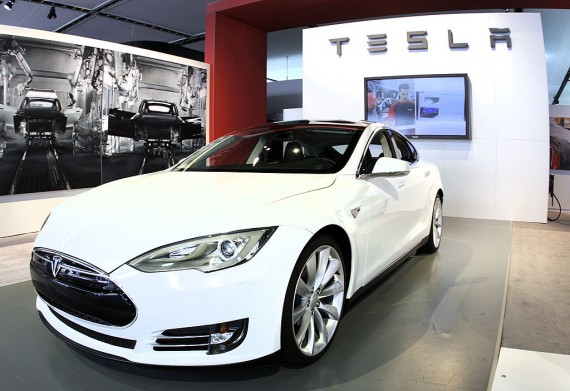 Muscle cars have always been part of the American dream. With soaring petrol prices and the emergence of hybrid technology, will the muscle finally switch to electricity for power? (Photo : Photo by Bill Pugliano/Getty Images)

Muscle cars have always been part of the American dream. With soaring petrol prices and the emergence of hybrid technology, will the muscle finally switch to electricity for power?

Muscle cars have always been gas-guzzlers. Having massive V-engines, these machines give more horsepower than your average daily driver. With the prices of fuel going up on an almost daily basis, most consumers now have their eyes on electric cars which are can be both fast and powerful.

Electric vehicle technology is still young compared to the traditional petrol types, which have been on production for over a century. Despite its age, EVs can now be seen being used by drivers who are mostly environment-conscious individuals.

These cars started out as hybrids-cars that are powered by both electricity and petrol - which give out much lower consumption than traditional cars and better fuel efficiency.

While the first model hybrids lack in power, it still does its intended purpose, to get from point A to point B. Meanwhile, muscle cars have been used mostly for performance purposes as the high revving engines drink up a lot of fuel that does not make it a good choice for a daily driver.

Being electric or hybrid, and slow is almost a thing of the past. One of the fastest electric car has a record of 0 to 62 mph in just 3.7 seconds. The car was the Tesla Roadster Sport. Although this Roadster was discontinued in 2012, Tesla is always conducting research and development to issue more high performance electric cars in the future.

Now, the Roadster is a small vehicle that is very light so it may not truly give justice to muscle cars; which are big, can be family sedan, has a huge and noisy engine, a high engine displacement and has huge amounts of torque. Come in Tesla S!

The Tesla Model S is the closest electric vehicle that can be compared to a muscle car. It is large and heavy, produces a respectable 416hp, 443 lb-ft of torque and has a record of 0-62mph in just 4.4 seconds. That is 0.1 second faster than the Chevy Camaro SS that clocks in at 4.5 seconds.

Electric cars being powered by battery, is also environment friendly as it does not produce dangerous fumes that can be harmful to the environment. The Tesla Model S can have a good run of 88 miles on the city with a single charge, definitely more efficient than the 17 miles per gallon rating of the Camaro SS.

Currently, there is a limited choice for high performing electric cars. Muscle cars have a huge variety of choices from manufacturers as Dodge, Chevrolet, Ford, and a lot more. But the choices in the market for electric cars are growing every year, each offering more performance and safety features than traditional gasoline types.

It is only a matter of time before consumers will have a hard choice whether to stick with the muscle cars or to go with the electric ones. Or, with the ongoing development of electric car companies, luckily consumers will get the best of both worlds. A car that can be both muscle, and electric. Everything is possible these days.

Honda enthusiasts are in for a treat as Honda has now revealed the all-new 2017 Civic Hatch Type-R.

Stock specs and an automatic transmission? Who would have thought the Chevrolet Camaro ZL1 can run a record-breaking lap in the “ring?"

Next Feature Spotted: Tesla is Testing Sensors for Autopilot on the Model S!

Tesla could be improving their autopilot feature. Will this technology finally be effective?