2016 MacBook Pro vs Surface Book i7: Which Halo Device Is Better? 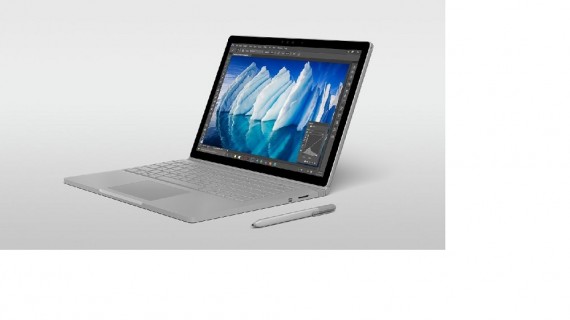 Both Halo devices will probably be the best laptops ever created by Apple and Micrososft (Photo : Youtube/ Surface)

With Apple´s MacBook Pro release, laptop´s world has been amazed this year with two of the best devices ever created, since Microsoft also released its Surface Book i7, which also promised to be a mind-blowing product. Giving the amazing details about both laptops it is inevitable to compare them, in order to know which is of these products is better.

The main particularity with this mesmerizing laptop is that is practically the same as the old Surface Book in terms of designed, however, it comes with powerful new internals and 30 percent more battery life, which gives users the chance of seeing 16 hours of video playback, as promised by Microsoft. Also, this beauty is equipped with a new thermal system, so you it can maintain its performance for a much longer time without any problem.

One of the most incredible features of the Surface Book i7 is that it has a detachable screen which can be used independently of the keyboard base, transforming it into a tablet. Also, the reversible hinge means that the screen can be bent backward and folded so the screen is pointing outwards.

This halo device has just been released, and many think that it could be the epitome of a perfect laptop, since it has a series of features that are mesmerizing. For example, the MacBook Pro has a context-sensitive touch OLED bar at the top of the keyboard, which offers ever-changing buttons. Don´t know what is the ground-breaking detail of this? It offers convenient shortcuts, since the buttons are linked to every single app you´re using at the time.

Another goodie of this laptop is that it comes in difference sizes, allowing customers to choose between the 13.3 or the 15.4-inch models up for grabs. In this feature the MacBook Pro is much better than the Surface Book i7, considering that this only comes in a 13.5-inch model.

Security-wise, the Apple´s laptop uses a Touch ID fingerprint sensor, so its user can simply press on the device's power button without entering a password. The MacBook Pro's weight is from 1.36kg, the screen resolution is 2560x1600, or 2880x1800. Specs-wise, the MacBook Pro 2016 is less incredible than the Microsoft Halo Device, considering that the Surface Book i7 has a 3000x2000.

This beauty has an Intel Core i5/i7 6thGen processor, an 8GB Memory, and a 256GB storage. It will have Force Touch trackpad bigger than its predecessor, and will have a new OLED Retina display with gesture support and multi-touch.

It is equipped with a new wide-color screen is 67 percent brighter, 67 percent better contrast ratio and 25% more colors than Apple's previous-generation MacBook Pro. About the battery, the 13-inch and 15-inch MacBook Pro models will last up to 10 hours per charge.

According to BGR, the 13-inch MacBook Pro model will start at $1,799 and the 15-inch model starts at $2,399. The entry-level MacBook Pro without the Touch Bar starts at $1,499. Although it is difficult to say which of these laptops are the best, the Surface Book and the Apple´s laptop will be the real deal in 2017.

Apple's New iMac 2017 vs Microsoft Surface Studio: Which Desktop Will Be Next Year's Bestseller?

The real battle will begin when the iMac 2017 is released, and even when many believe that the Surface Studio is unbeatable, Apple could take advantage of time and analyze every single detail of Microsoft´s desktop to create a better product.

The hacked emails show Apple´s cooperation with the FBI and spy agencies.

With the arrival of the OnePlus 4, are Samsung's days numbered?