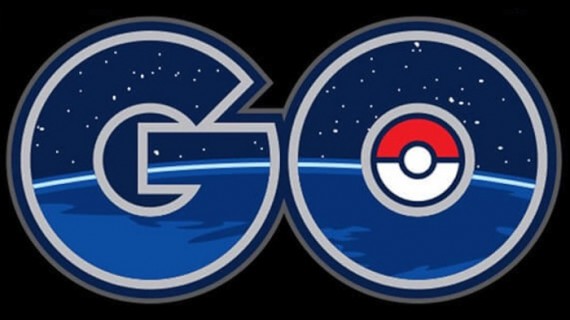 Niantic can't deny the fact that the popularity of Pokemon GO is starting to fade. (Photo : WatchMojo.com/YouTube)

Yes, Pokemon GO is one of the best titles (or probably the number one) this year -- there's no doubt about that. Since its release, it has captivated the hearts of millions of players all over the world. But as time passes by, the hit augmented reality game proved to be boring. From its lack of features to having monotonous game style, players believe that it's time for Niantic to up the ante. Otherwise, it'll be the end of it. Well, here are 4 reasons why, in one way or another, you might eventually quit the game soon.

Truth is, Pokemon GO is broken. And it's really a serious thing, as lots of players have noticed it already. Even the VP/GM of Twitch eSports Justin Wong took his sentiments over Twitter, stating the obvious. What's even surprising is it happens even in the most basic of things, such as catching Pokemon. It crashes frequently, burdening players of restarting the app. As a matter of fact, even the latter process can be a headache, as it usually ends up freezing. It's still interesting, though, to see the great numbers of players enjoying the game despite the aforementioned issues. But of course, only time can tell.

Pokemon GO is all about going to the outside world and catching Pokemon. And between those lines, players have the choice to visit a gym and battle it all out. Well, that's pretty much it actually. There's nothing people can expect more out of it. Sure, there are new features, say, the Buddy System; however, it doesn't bring much to the table. It doesn't really revolutionize the gameplay as a whole.

There are a good number of features Pokemon GO players have been clamoring for. For instance, a great addition would be a way to trade stuff with other players. This one here can help leverage the game due to the benefits of communication, as people love to communicate even in games. Second, among others, is a feature that will allow trainers to battle other trainers -- a PvP style in short. Unfortunately, Niantic isn't generous about give such, and it's really a pain to see why the studio refuses to do so.

The Pokemon GO Craze Is Fading

The Pokemon GO craze can be likened to the 2013 hit mobile game titled Flappy Bird. During the latter's prime, almost everyone in the world who owns a smartphone plays it. Heck, there are even developers who tried to mimic or copy the fundamentals of the game, though they weren't really that successful. Unfortunately, after a couple of months or so, it faded into thin air. It's even funny to think if someone still plays the aforesaid game. But why did it happened? Well, that's because Flappy Bird was simple -- it was just all about a bird trying to avoid getting its head hit.

Most definitely, this is what's happening with Pokemon GO. The excitement towards the game is starting to fade. One primary reason? Well, the aforementioned fact that it lacks features. It's really simply and boring -- there's nothing much to do. Unless of course if Niantic decides to change things, then people might have a whole lot of reasons to play it again.

One of the coolest thing about Pokemon GO is the amount of players it reached. The community is so large that even at its lowest peak, statistics still shows a good number of trainers playing it. However, one fact that can't be deny is Niantic's relationship with the community. Because truth is, the studio isn't fond of listening to its player pool. The execs can talk all they want, but it's just a fact. If they really care about the community, they have long listened to the players' desire. Take for example the requests of players about certain features. If the company had gave in, the game would have long introduced key features like trading system or battle structures. But hey, it isn't story now.

What are your thoughts on Pokemon GO as well as its future? Do you agree with any of the reasons above? If you are to quit the game, what will your reason be? Share to us your thought at the comment section below!

Are you also excited for the arrival of Pokemon GO Gen 2 update? Well, for now, here are our 5 predictions.

Pokemon GO Update: How Boss Teams Could Possibly Work In The Game

Boss Teams in Pokemon GO are really a great addition. This is how they could possibly work!

Pokemon GO Update: Why Ditto Won't Be Available In The Game

Wondering why Ditto has yet to found its way to Niantic's titular Pokemon GO? Well, here's why!