These 5 Pokemon GO Features Will Put You On Cloud 9 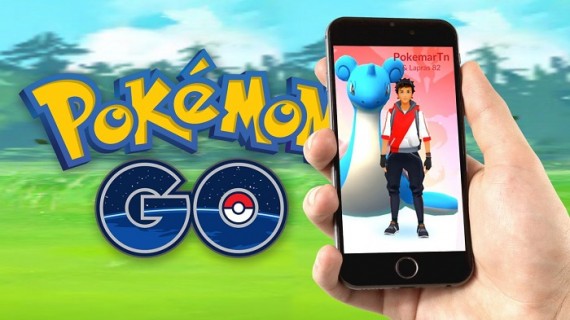 Pokemon GO is definitely an exciting game, but fans will agree that it still needs more features to offer. (Photo : TmarTn2/YouTube)

Sure, there's fun in catching various Pokemon GO creatures -- most especially the rare ones. Heck, even gym battles are an exciting feat to experience. However, almost all players will agree that the game still need features -- a lot of them actually. Well, speaking of which, here are 5 features we think Niantic should add to the hit augmented reality mobile game.

It's a fact that Niantic already confirmed the arrival of Pokemon GO Easter Eggs (for Eevee's evolution particularly), as reported by FragHero. That fortunately, there are still a good number of these eggs left and should be discovered by players. Interesting as it may seem, obviously, players still want more than that. For instance, some Easter Eggs for Ditto, as it's surely an interesting addition.

Apparently, one of the main issues with Pokemon GO is its broken tracking system. A good number of fans have been complaining about it since day one. Also, the game only offers a single way of tracking Pokemon -- that's through using the so-called "Nearby" tab (located in the bottom right part of the screen). Other than that, players have no other options in tracking creatures. Probably it would be best for the studio to improve it and perhaps another tracking system. A shot to the moon, but still a worthy inclusion.

Like any other games, Pokemon GO can definitely benefit from a Trading System. Say for example, players want to exchange stuff with other trainers, it would be possible thanks to such feature. It basically raises the interaction level of players, giving them a new kind of thing to experience. Heck, it might even be a great idea to trade duplicate Pokemon to friends or even strangers.

If Niantic really want to put Pokemon GO to a whole new level, then it's only wise to consider adding this feature. Friendly battles, once implemented, will allow players to enjoy PVPs from a different perspective. After all, competition can stir emotion. And the more emotional players are, the more attached they will be into the game. Now, if the studio wants to bring the number of players again, they can do so by introducing such system.

First and foremost, Pokemon GO is already a reality-based game (augmented reality in particular). But of course, fans want more than that. Perhaps the video game company can up the ante and introduce a new reality augmentation system. For instance, if VR (virtual reality) has its own headset, then AR could go with such option as well. The said tool can definitely help players in their journey.

What are your thoughts on the aforementioned Pokemon GO features? Do you want them to be added to the game? Any other features that you can think of? Tell us what you're thinking by using the comment section below!

Pokemon GO Guide: How To Have Unlimited-Like Pokeballs

Are you always on short in when it comes to Pokemon GO Pokeballs? Well, here's how you can acquire more of these!

Pokemon GO Guide: How To Let Multiple Pokemon Spawn In Your Home

Wondering if it's possible to let various Pokemon GO creatures spawn in your house? Well, here's how!

Make the most of Pokemon Go's latest spotlight hour event to stock up on Pokemon and stardust at an accelerated rate!