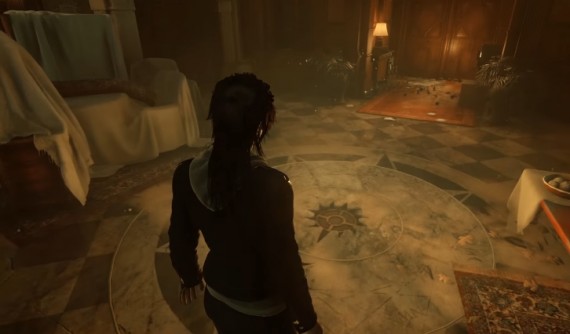 Shadow of the Tomb Raider is the third title in the series reboot. What could possibly make this the best 'Tomb Raider' title? (Photo : Photo by Eurogamer/YouTube)

Shadow of the Tomb Raider is reportedly what the next Lara Croft adventure will be called. It recently made a noise when it was leaked in a subway, which was caught on camera. Now, people are curious about what the next Tomb Raider title will offer. How can Square Enix take the series to a whole new level with this new installment? Here are some ideas.

Shadow Of The Tomb Raider Could Use Some More Creative Enemies

Lara Croft's enemies are not limited to living things. There are traps she needs to worry about and even the cold. However, they are all pretty generic. Per Trusted Reviews, developer Crystal Dynamics has no reason not to include more exciting enemies. What we need for our seasoned adventurer is are worthy opponents that will challenge her even more.

Survival Instinct Mode is basically a way to spoon-feed the players. For Shadow of the Tomb Raider, it would be cool if devs just leave Lara Croft along to fend for herself in a seemingly endless maze. Getting stuck or trapped in one area is a huge part of the Tomb Raider franchise. With the recent titles, they made the world bigger, but our character does not actually get the chance to figure out for ourselves how we can survive in this bigger world.

As Ian Higton of Eurogamer suggested in the video seen below, it would be cool if they add in a sort of multiplayer mode where participants would have to team up to survive. This means that the world would have to accommodate more players in. Throw in a permadeath feature and gamers would really have to huddle in a bonfire to think of their next plan.

Even so, the single-player campaign needs to be amazing in all sorts of ways. The multiplayer mode would just be an addition.

It would be cool to have the Croft Manor always there to welcome Lara Croft should she get tired of raiding tombs. It could also be a place to store inventory, collectibles and other stuff. Maybe even get to defend it from attackers?

However, the main reason for this idea is because of nostalgia. Remember locking the butler in the freezer? That poor guy. Every player has done this at one point. Imagine doing that now in glorious 1080p.

These are only some ideas on how to make Shadow of the Tomb Raider into an adventure title we have loved as kids. Opinions may vary, but they don't matter anyway since the devs decide what goes into the game and what does not. But well, here's to hoping.

Shadow of the Tomb Raider is the third installment in the series reboot, which now has two titles launched: Tomb Raider and Rise of the Tomb Raider. Square Enix is yet to confirm and announce the title, so no details are known as of now. More information on the release date, features and more are bound to come soon.

One of the new developers of the Tomb Raider iteration accidentally divulged the title of the upcoming Lara Croft adventure. Apparently, the leaked details has now been confirmed by one of the sources inside the new development team.

The video game world is not immune to pranks, hoaxes, and urban legends. Here are some of them which made a lot of people actually believe in them, including fake Tomb Raider easter eggs.

Why Lara Croft's Breasts Were Huge In The 1996 Tomb Raider

Sex sells and the cover of the 1996 Tomb Raider game for the PlayStation took that advantage, but did you know that it was not really planned to be that way?

Apparently, the marketing studio tapped by the company was the source of the leaked the logo and official concept art of Shadow of the Tomb Raider.