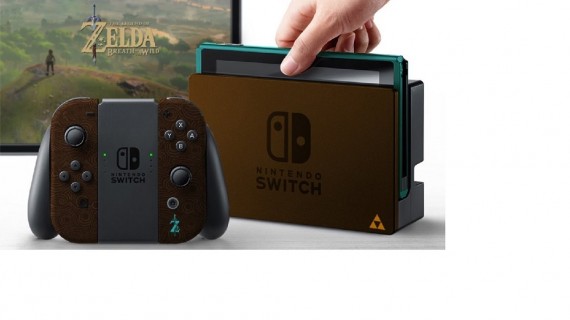 Nintendo must have taken some serious blows in the past years. However, it is also the biggest innovator in the gaming industry and it's about to disrupt the market once again, big time. (Photo : Youtube/ MostAmazingTop10)

A new competition between the newest gaming consoles is coming, since Nintendo Switch and Xbox Scorpio already showed its teeth to gamers, in order to create expectations and become the greatest gaming product in the market. Being two consoles extremely different from each other, it is an interesting task to analyze which of these could be more successful, considering that the two don't have many similarities at all.

In one hand, Nintendo Switch is characterized for having a unique design that doesn't have anything to do with previous gaming consoles, giving the fact that you can play with it as a Nintendo Wii U, as acontroller-tablet, or in the conventional way. This way, many consider the Switch as a product made by Apple, giving the fact that in the aesthetic aspect, it is almost unbeatable.

By its part, Xbox Scorpio is probably the most powerful gaming console ever made, thanks to an incredible hardware and "seamless" software, which makes Microsoft have its most important in the gaming industry. The Scorpio´s raw power is characterized by a 320GB/s of memory bandwidth, a graphics card with GTFLOPs (trillion floating point operations per second) of power, and a 8-core CPU from an unknown manufacturer, as reported by Trusted Reviews.

Both consoles characteristics will allow gamers to play as never before, but considering how different both products are, determining which could be more successful doesn't only depends on which has a more popular brand, but also on how users end up adapting to the Switch's design, considering that Scorpio´s specs are probably invincible.

The Wii was successful in the way that the console ended up being one of the best Nintendo creations, even when it hasn't had incredible specs as other consoles. Its gaming style was an innovation at that time, and it become a huge hit that for a period of time was even more popular than the PS3.

What can you do to keep taking advantage of something that it isn´t an innovation anymore? Adapt it to different features in order to maintain its greatness as an option. This is precisely what Switch is about, many different gaming styles in which the Wii fashion is included.

Being Difference Is The Key

Could something as little as this could match the AMD CPU or the 4K resolution of the Scorpio? If gaming consoles could be analyzed in a manner that it isn´t included the marketing issue, it would be impossible. But in the market, the best product is determined on sales, and to be a successful product in this feature it is not necessary to have the best hardware or software.

Of course, the innovative design of the Nintendo Switch it isn´t something irrelevant. In fact, besides the incredible aesthetics, it allows you to play it wherever you want, which is something extremely great for someone who doesn't want to limit its gaming experience in the old-fashioned way.

According to Core 77, Nintendo Switch´s main weapon to compete against the Xbox Scorpio is the combination between a beautiful retro design, and the way in which extends playability between more than one users with its removable controllers, implying companionship and sociable behavior while having a great time playing a video game. Ironically enough, being something very different could be Nintendo Switch only chance to beat the powerful Scorpio.

Huawei Declares War On Apple: Will It Be The Second-Largest Smartphone Maker In Two Years?

Which strategy would Huawei execute in order to beat Apple?

Netflix Could Release Offline Mode, But You Might Not Be Able To Use It

Netflix gets an offline mode, but it is somewhat underwhelming to users.

The original Xbox controller will ship with a nine-foot detachable cable and the round Xbox logo in the center is actually an LCD allowing for an animated logo to be displayed.