Google Pixel vs iPhone 7 Plus: Which Smartphone Has The Best Camera? 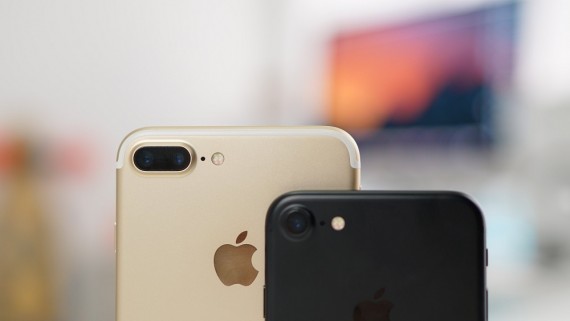 Many believe that these are the best cameras in smartphone history. However, which is better than the other? (Photo : Youtube/ Karl Conrad)

Every time a new smartphone is launched, one of the most important features is the camera since there isn´t anything cooler than a phone that allows you to take photos with the best quality. Given this fact, many analysts think that the Google Pixel and the iPhone Plus 7 have the best cameras, but to say which is the best, is something so difficult that the easiest thing to do. Despite this, we'll try anyway.

Let´s start with any unnecessary preambles: this smartphone´s camera has a faux-Bokeh effect, which allows you to take the photos and produce the degree of background blurring effect naturally, which turns taking pictures to a whole new professional level since Bokeh is something very used in stylish fashion photographs.

Apple is betting a lot with this new feature, considering that many other companies have equipped their smartphones with it, without meeting the users' expectations. This way, the Cupertino giant, far from getting away from something that hasn't been a success in any mobile device, has taken it and equipped the iPhone 7 Plus to achieve the label of "best smartphone camera ever".

Also, what makes this camera something outstanding is its ability to zoom up to 10x using Apple´s software, which will work much like normal digital zooming. The company explained that image quality at these higher zoom levels will be much better than the equivalent images captured with other smartphone cameras since you should be able to get a better shot of far-away thing without it looking like a blurry soup, as reported by ALPHR.

First of all, the Google Pixel camera has been given a score of 89 by DxOMark, which is the industry standard for camera and lens image quality. This result shows something very significant: it is the highest-rated smartphone camera ever tested, which already gives a teaser of how spectacular is the Pixel´s device.

The Google Pixel camera has a 12.3-megapixel, featuring an f/2.0 aperture and big 1.55 micron pixels capture any kind of light you want, making it the best smartphone camera in low lights conditions. For example, if you take a picture around a night-time campfire without flash, the camera produced sharper and brighter images than any phone, and in a shady place, the camera can pick every single detail at a distance.

According to Mirror, the camera app also offers you some incredible features like "Smart Burst", which takes a rapid-fire sequence of shots and automatically selects the best ones. Also, this magnificent camera has the shortest capture time among Google´s smartphones, since many action shots can be taken without the annoying shutter lag.

Also, the camera processes its captured images to improve eliminate blur, align pixels and improve dynamic range, thanks to the 4 GB of RAM and a Snapdragon 821 processor that allows the device to process the photos faster than any of Google´s previous smartphones.

In conclusion, both the iPhone 7 Plus and the Google Pixel have mind-blowing cameras, but being so difficult to select only one as the better, let´s say that answering which is the one really depends on each user´s style and needs.

Samsung's Note 7 might have one last inconvenience to give to the company.

Could the iPad Pro 2 be a success in the market at a time when desktops and laptops are becoming more attractive products to users?