'Call Of Duty: Infinite Warfare' Combat Rig Class Guide: What Each Rig Is Best For 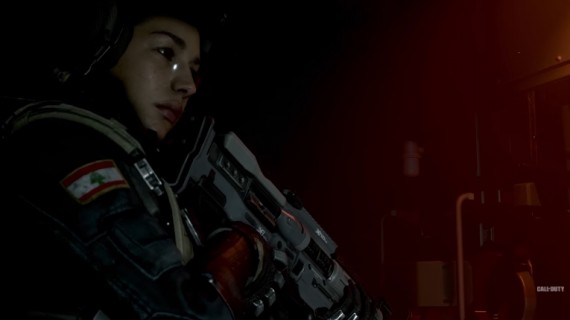 Already got the new "Call of Duty: Infinite Warfare" game? Learn which Combat Rig is best for you with this guide. (Photo : Photo by Call of Duty/YouTube)

Call of Duty: Infinite Warfare is the latest installment in the long-running shooter franchise. Developed by Infinity Ward and published by Activision, the game is off to a good start as its launch sales are one of the largest in 2016. It features six Combat Rigs, which are more advanced and have more perks than the ones in Black Ops 3.

We will take a look on these Rig Classes and find out their traits, payloads and what they can bring to the table.

The FTL Rig is perfect for those who prefer a fast-paced environment. According to Segment Next, they are easy to maneuver and possess high speed. That said, the player will need to have great reflexes to maximize this class dubbed "Assassin."

Traits: The first of its three traits is Power Slide, which provides more speed and distance. It will also allow players to ADS while sliding. The second, Supercharge, will cause enemies that are killed by the player to drop cooldown packs. These items will boost the team's super meters. Lastly, Perception generates a notification when out-of-sight enemies are looking at you.

Payloads: As for payloads, the FTL Rig has FTL Jump that bursts the player forward. The Eraser payload is a handgun that can evaporate opponents while Phase Shift will transport you to another dimension to avoid damage.

The Merc Rig are the front liners. Their offense and defense are higher than any other class in Call of Duty: Infinite Warfare. This is the best class for players who are not afraid to charge at the enemy while making quick decisions.

Traits: With its Men at Arms trait, your player can carry more load with weapons not affecting movement. This also allows players to start with max ammo. The Shockwave trait is activated while mid-air and will deliver a powerful slam. The last trait, Infusion, allows faster regeneration of health after having taken damage.

Payloads: Enemy fire from small arms will be vaporized with the Reactive Armor payload. Bull Charge equips an armored shield that allows you to penetrate enemy defenses and Steel Dragon is a beem-based weapon that can track multiple targets.

The Phantom Rig is the snipers group, who are mostly phantoms invisible in the game. This class will be harder to detect, allowing players to move and kill quietly. Players who are most capable at firing from a distance and quick scoping are welcome in this class. Note, though, that this requires patience for that perfect shot.

Traits: Marked Target literally marks enemies with death. Health regeneration stops for five seconds, allowing you to finish him off. Teammates can kill the opponents, too, which will then give you a bonus. Rearguard is a shield that fends off melee attacks from behind while active while Heightened Senses provides increased audio cues for nearby enemies. The latter also generates a notification whenever an enemy is nearby.

Payloads: Pulsar is an EM sensor that visualizes enemy positions while Active Camo makes you invisible for a certain amount of time. Ballista EM3 is an electromagnetic projectile launcher that can pin the enemy to the wall with additional penetration capability.

Stryker is sort of the support in this game that controls the map. The class is best in terms of defending, but you can also deal high damage with this. Players that are more interested in defending flags or a capture point should choose this class.

Traits: Hardened allows the drones and equipment to stay in the game even with the player's death on top of having more health. Relay generates an alert from a placed equipment when the target is within sight and Trophy Drone can destroy an incoming grenade, after which it will have to recharge.

Payloads: Micro Turret is basically a compact turret that is multi-surface and can be deployed. On the other hand, Centurion can destroy incoming projectiles and sets an electromagnetic field. Then the Gravity Vortex Gun fires slow-moving projectiles, distorting gravity, pulling in enemies and damaging them.

Synaptic Rig is best for close range combat. With high speed and powerful weapons, you can engage enemies then run safely back to a previous location. This class is for those who enjoy a hit-and-run type of attacks.

Traits: Rushdown is a jump pack that recharges quicker and can deal damage enemies within the blast radius. Propulsion is a high-speed dash in a horizontal direction while Combat Burst boosts movement after a kill.

Payloads: Rewind, as described above, sends the player to a previous position with replenished health and ammo. Then we have Reaper that changes into rapid melee combat mode and Equalizer that sets up dual integrated machine guns. They also have built-in suppressors that enable players to stay hidden on the enemy map.

The Warfighter Rig is like a jack of all trades but a master of none, according to GameRevolution. It is a mid-range assault class that can focus on Scorestreaks with no major weakness. It is best recommended for newcomers to the game but can be enjoyed by any veteran.

Traits: Persistence allows Scorestreaks to stay even after death, but they will cost more. Resupply, as can be guessed, replenishes the supply of lethal and tactical equipment via scavenger bags. Meanwhile, Ping sends forth a sonar to locate nearby enemies from a killed enemy.

Payloads: Focusing on Scorestreaks again, Combat Focus allows players to earn double the streak points for a certain amount of time while Overdrive temporarily boosts speed. And last but not the least, the Claw payload fires a spread-shot weapon, which has ricochet ballistic rounds, enabling players to kill enemies directly in front and around blind corners.

So there you have it, the Combat Rigs in Call of Duty: Infinite Warfare. The more advanced traits and payloads will surely make for an interesting experience for first-time and veteran players. Play it now on PlayStation 4, Xbox One and PC.

PlayStation News: 40+ Games That Are Optimized For The PS4 Pro

The PlayStation 4 Pro along with more than 40 optimized games will be available this coming November 10.

Call Of Duty: Infinite Warfare Not Compatible With Windows 10 And Steam Cross-Play

Why are Windows 10 players of the latest COD title seperated away from the rest of the PC gamers?

This year's Black Friday 2016 is the best yet for gamers. Start shopping for the best video games and consoles deals available on stores - online or not.

A new update has been released to Call of Duty: Infinite Warfare. Here's everything about it!

Call of Duty: Infinite Warfare Is Free On Steam This Weekend

Want to own Call of Duty: Infinite Warfare? Well, if so, then this is the momeny you've been waiting for!