Tesla May Be In Trouble: Crash Rates Results Are More Fatal Than Human Drivers 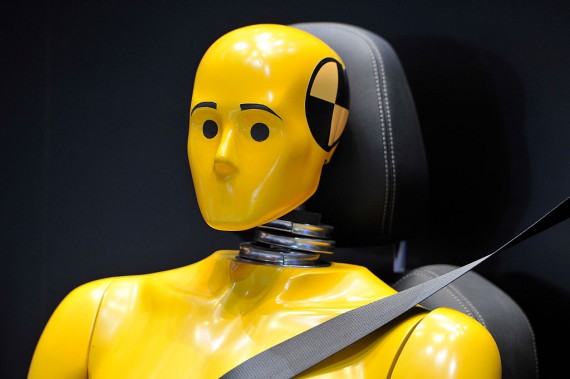 One main goal of manufacturing an autonomous vehicle is to minimize and avoid fatalities due to road accidents. However, recent reports show that Tesla's autonomous cars may cause more fatalities than a normal road user. (Photo : Photo by Harold Cunningham/Getty Images)

Elon Musk, co-founder, and CEO of Tesla wanted autonomous cars to be the vehicle that not only generates and saves more energy, but also the car that can save hundreds of thousands of lives in the future. Besides making a profit, these are almost the same goals of other car brands that manufacture self-driving vehicles. The CEO mentioned in a previous statement, that if deployed today, Tesla's Autopilot system would save a lot of lives.

This gives hope to almost every road user out there, at least until reports of an autonomous vehicle crashed into a truck and claimed a life on a Florida highway back in May. The incident is only one among three car crashes while the autopilot system was managing the wheels. Musk, however, is still making bold claims about the autopilots safety system even without sufficient data to back it up.

Sensor provider and developer, Mobileye, explained that the sensor installed on the car was not yet capable of preventing a crash from lateral traffic. Another incident revealed a Tesla Model X running 55 miles per hour swerved into wooden stakes while the autopilot was engaged. The accidents involving autopilot directly contradicts the vision that the autopilot is safer than and can decide quicker than a human driver.

According to the incidents compiled by the Insurance Institute For Highway Safety, Tesla's autopilot has four times higher fatality rate compared to the usual everyday cars that are human driven. Another report claims that there are already seven autopilot incidents in total. However, there are still no official reports of the other incidents and no claims have been done yet to suggest that the autopilot system has been at fault.

The number of accidents may be few compared to statistics of human driver error, but that still does not imply that the autopilot system is safe, considering the number of Tesla cars on the road and how many miles they have driven. Combined Tesla miles driven up until September is predicted to be at three billion miles already.

What The Records Say

Depending on your perception and analysis, the data above may be irrelevant or not as significant as it should be. But the incident of having one fatality is still a huge disappointment in safety standards. Tesla and their research and development team should increase the pace of increasing safety standards and should set a goal of zero fatality before putting their fully autonomous cars on the road. Technology is advancing every day, but advancements should not be limited to the laboratory and tech companies like Tesla should improve their efforts to conduct real life testing before thinking about making a profit that may cost the lives of not only their consumers but also other road users.

Tesla Update: SuperCharger Network Use Will No Longer Be Free Next Year

A previous announcement made by Tesla CEO Elon Musk states that the much-awaited Tesla Model 3 would be delivered by late 2017. However, a more recent update says the release is not until 2018. Should you wait?

A vehicular accident from May 2016, which involved a Tesla Model S, has been closed. The court found that the electric vehicle company had no liability in the incident.

The low reliability score that Tesla received from the recent Consumer Reports' Car Reliability Survey does not reflect its latest quarterly profit.